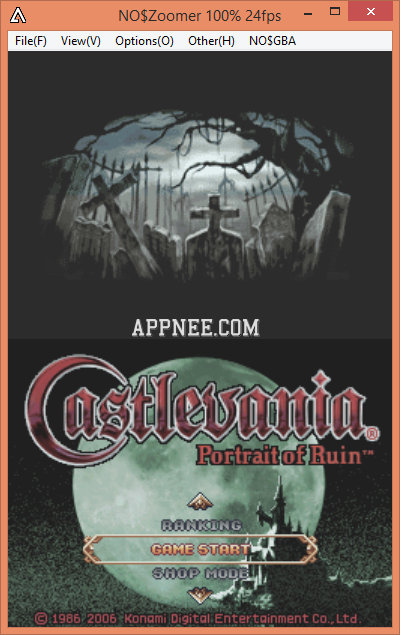 Many people only know there is an NO$GBA, but maybe not know it also has a magnifier front plugin – NO$Zoomer. Although it just acts as an add-on tool, it can greatly enhance the performance of NO$GBA, and will really solve the problem of a lot of games can not work well on NDS emulators.

NO$Zoomer enables users to change the dual screens’ size, ratio or position and do many other adjustments that not only without reducing the game performance but also will improve the running speed. In particular, after some reasonable option settings, NO$Zoomer can make NO$GBA perfectly run the games it does not support or has problems when emulating. Such as Ninja Gaiden, The World Ends With You, Super Robot Wars\Taisen, Final Fantasy IV, Wind of Nostalgeo, Soma Bringer, etc.

Because NO$GBA itself can only output NDS graphics by the original resolution (very small size displayed on computer screen), then the author of NO$GBA made this powerful magnifying glass add-on program. In this way, we just need to start NO$Zoomer and it will automatically launch the NO$GBA main program and let us choose an NDS ROM file (.nds .zip .rar…) to open. By default, NO$Zoomer will amplify the original screen size to its 1.5 times (the ratio can be adjusted freely). Besides, it supports partial gold finger data of R4 (a Nintendo DS console flash card), and allows to export the NO$GBA instant save state for backup which is really useful for players.

As video game emulation players, do you still think NO$GBA is running too slow or it has too small screen size? If so, come on to try NO$Zoomer, as long as your CPU is not too old, basically it will be able to emulate up to 99% NDS ROMs smoothly. 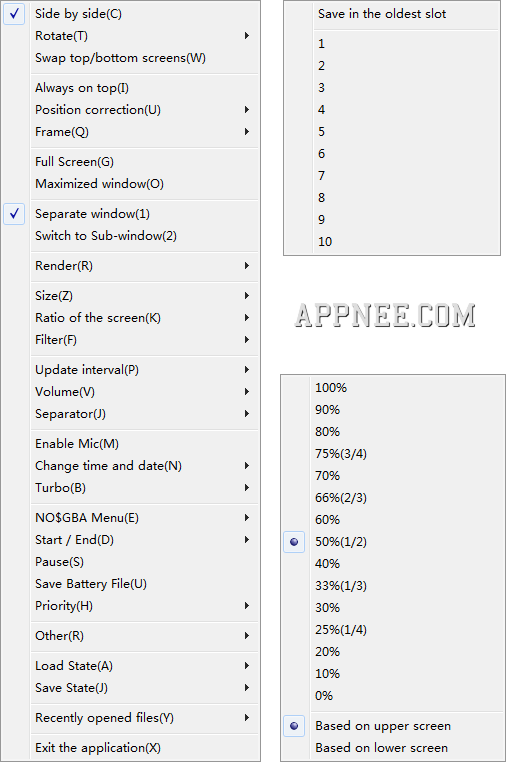 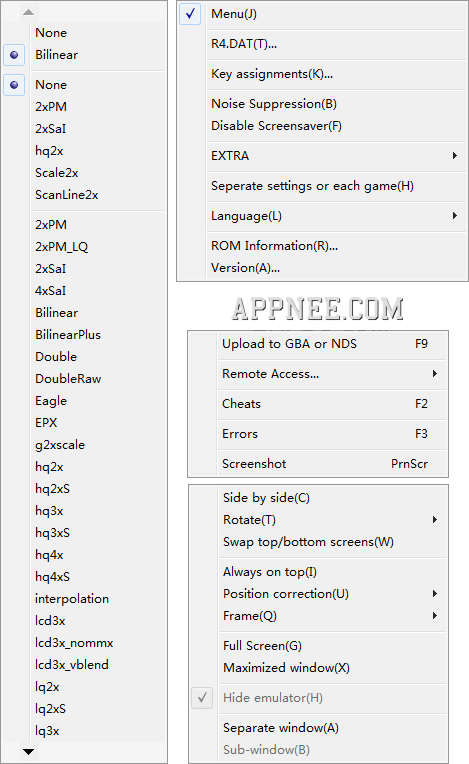 AppNee provides the NO$Zoomer v2.3.0.2 Final version along with the NO$GBA v2.6a stable full version, including 39 plugins, 9 language files, 3 BIOS files (.rom) and 1 firmware file (.bin), all in one package.

Never call itself in NO$Zoomer.exe, otherwise you will cause an infinite loop that is worse than the virus running out of your system resources.