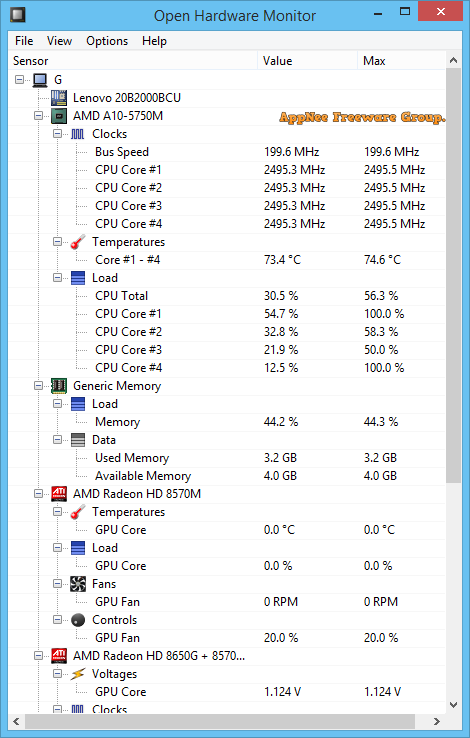 Any computer hardware that works at high temperatures over a long period of time will age quickly, with the possibility of striking or even burning out. So every summer while doing a good job of cooling your computer, we’d better monitor the temperature inside a computer in real time through temperature monitor. This way, in case the temperature is found to be too high we can let the computer rest in time, so as to make the hardware avoid aging too quickly.

There are already many commercial or free hardware monitoring programs on the market, such as AIDA64, HWiNFO, CPU-Z, GPU-Z, Speccy, Core Temp, etc., but the free and open-source one are rare to see. Open Hardware Monitor is one of them, and probably it’s the only one for now. Its most prominent feature is that it is more accurate than similar software in terms of temperature monitoring.

Open Hardware Monitor is a free, open-source and very small (less than 1 MB) hardware monitor developed for Windows 32-bit and 64-bit, as well as any x86-based Linux operating system. It works by reading any hardware monitoring chip (i.e. sensor) on the mainboard and connected to it, so as to monitor and display all kinds of information of important components on a computer in real time, mainly including temperature, voltage, fan speed, load and clock speed.

Open Hardware Monitor only takes very few system resources, supports most common motherboard chips and hardware components (such as motherboard, CPU, display card, hard disk), and is able to record the highest hardware temperature and determine whether the heat dissipation has a problem. Besides, it also provides a desktop gadget that displays temperature changes. If you need to keep an eye on the running state of your hardware on desktop, you can enable this feature. 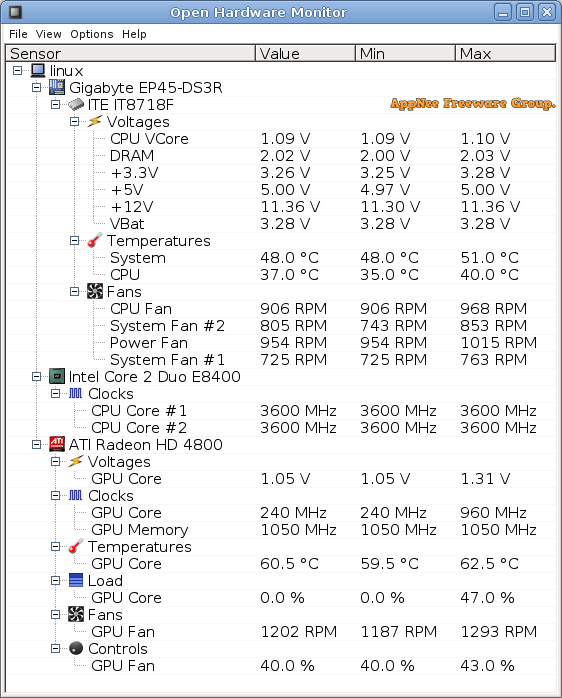