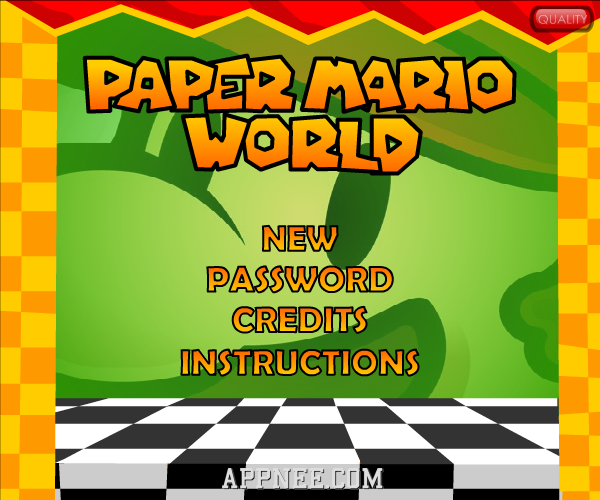 Paper Mario World is a fan made Super Mario small flash action game for online play (we made it portable for PC players). As its name, the last few levels in each world will become black and white paper cutting effect, where both Mario and its enemies will become pieces of paper, too, which means a higher difficulty. 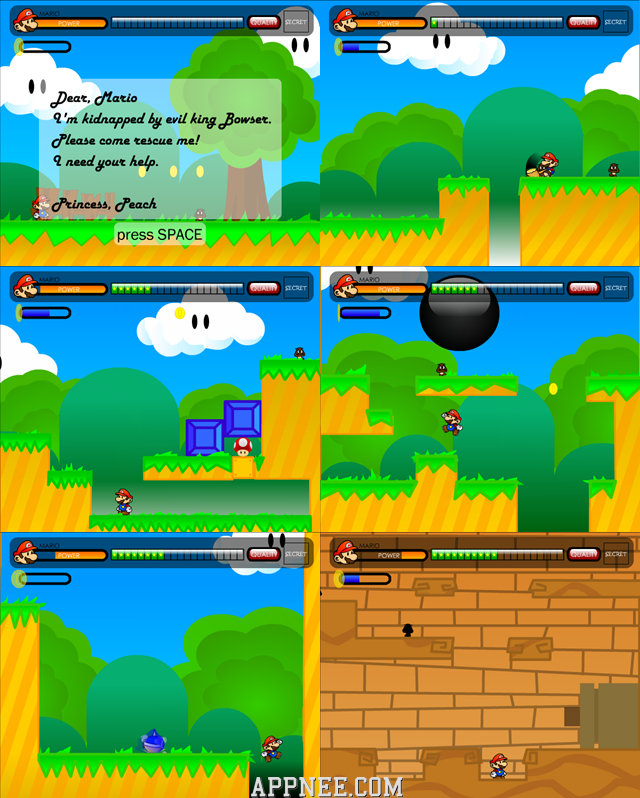 Actually Paper Mario World’s storyline is not beyond the scope of Super Mario Bros.’s stereotyped segments, and inherits its consistent and simple operation. What makes me feel a little bad is it does not allow to save the game state, so if dead you have to start from scratch again, hence that’s a bit annoying.

But generally speaking, for such a small homebrew flash game, it does well in many aspects, f.e. testing our rapid response ability. BTW, each 10 gold coins can be changed for 3 points of life value, so you should collect as much as possible.