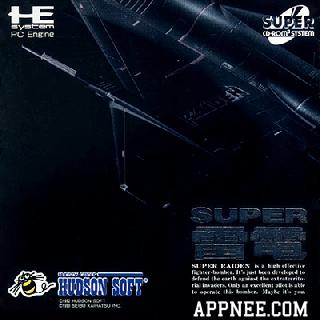 As one of the most classic arcade shoot ’em up video games from Japan, Raiden series definitely has the most and loyal fans players around the world. To a certain extent, AppNee can put it this way: Raiden is the rare peak work among all flight shooting arcade games.

The same as Raiden Trad (????) on SEGA, Super Raiden (AKA: SUPER ??) is one of the ported editions of the original Raiden too. But its BGM has a slightly different fashion to the original on arcade console. This Super Raiden ISO ROM was ported and released for the PC Engine CD platform, you can use MagicEngine to play it on Windows. 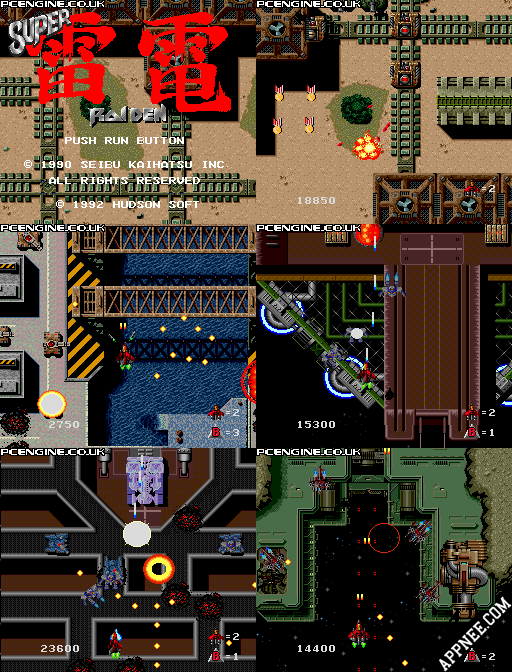 By contrast, the PCE edition of Raiden has a better details processing, at least better than the MD edition. For another, the SFC edition’s graphics is the best. But because there is no loyal to the arcade edition, that led to its game system badly shrunk, which you can see clearly from its details. On the contrary, PCE edition is very loyal to the arcade edition. Plus, it’s released as a CD edition, therefore, on the whole, it has won the MD edition a lot.