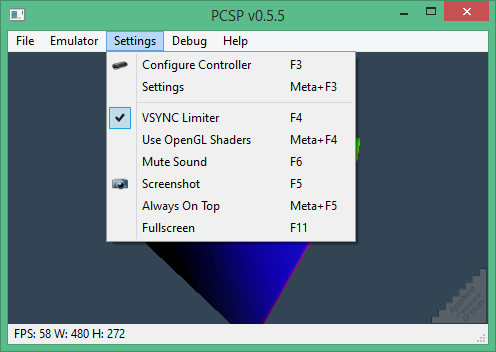 PCSP is a abortive/discontinued (died in its WIP state) Sony PlayStation Portable handheld console emulator for Windows, developed by some of the credits of the most popular PS2 emulator PCSX2. You may find a very detailed guide on how to configure and use this emulator in the accompanying documentation.

PCSP emulator was written in the fast, high-efficiency C++ programming language. Compared with the JPCSP emulator written in Java language, its running speed and graphics quality are both far surpassing than the former. Unfortunately, this emulator’s compatibility is not so good. Even worse, it shows no sign that its developers are still trying to improve this PSP emulator, although they have stated that they were planning to completely rewrite PCSP in order to provide better support to hardware and commercial PSP games.