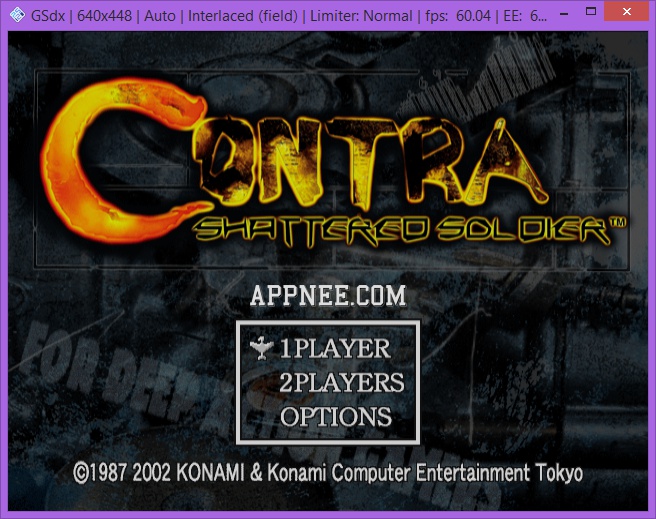 Contra: Shattered Soldier (AKA: Shincontra, True Contra, ????, Shinkontora, short for Contra SS) was released by KONAMI for the PlayStation 2 platform in 2002. It’s the first 3D sequel of Contra series acclaimed in FC era.

From the first work of Contra series, the subsequent editions were some essentially adventurous cloning works, even the BGM adapted from the first original. Contra: Shattered Soldier is regarded as the revolution one in the Contra series. Compared with all preceding series, its BGM’s really great, and makes the gaming excitement and tension to an extreme. 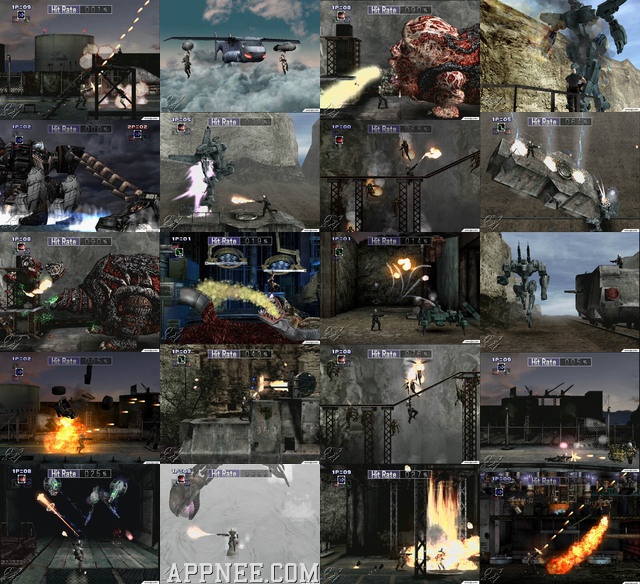 In addition to perfectly preserving the essence of Contra series, Contra: Shattered Soldier also came with many new elements. Such as Hit Rate, clearance evaluation system and especially the multiple weapons switching and reinforcement system (so that you don’t have to worry about missing weapons after death, also makes the game more strategic). In general, its difficulty is on the high side, and if want to see a happy ending you have to constantly practice to get at high evaluation in this hardcore shooting game.

A total of 7 levels, only if you can get the first 4 levels A or S evaluations then the next level could be unlocked.