After porting onto PlayStation game console, Army Men 3D used a brand-new and fully 3D environment, which allowed players to use all the weapons that could be found in the original work, but from a third-person perspective instead. In addition to being able to play this game alone, you are also allowed to enjoy it with a fellow through its multi-player mode.

To facilitate players to use emulators to enjoy this game, AppNee provides Army Men 3D’s two ROM file formats: IMG/CCD and BIN/CUE. Just choose the one you like. 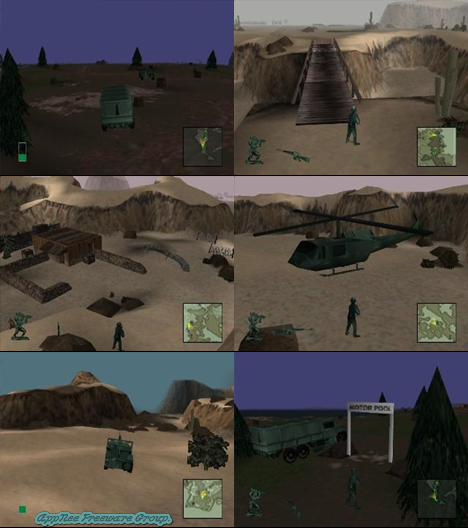