If we say the Hamsterball is based on “speed + balance”, and the Ballance (3D Balance Ball) bases on “balance + gravity”, then this Puzzle Dimension is a rolling & jumping ball game in twisted 3D space based on the “puzzle + maze” elements.

Puzzle Dimension was developed by Doctor Entertainment – a new studio found in 2010 formed by a group of ‘old men’ who had all sorts of glorious experiences. As a 3D space based action puzzle indie game, it has its own style and originality in the physical setting (up and down are all opposed to the gravity), level design and visual effects. This not only tests the players’ ability of imagination and puzzle solving, but also needs players to control perfectly (you have to try again and again). In short, Puzzle Dimension is a great game work with creativity that you should not miss.

Although Puzzle Dimension looks easy to finish, yet its unique settings will make you feel a little different. To some extent, Puzzle Dimension can train your thinking and movement abilities in the complex three-dimensional space. 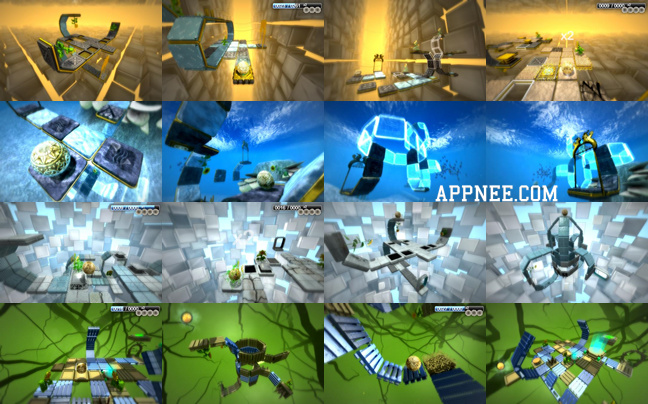