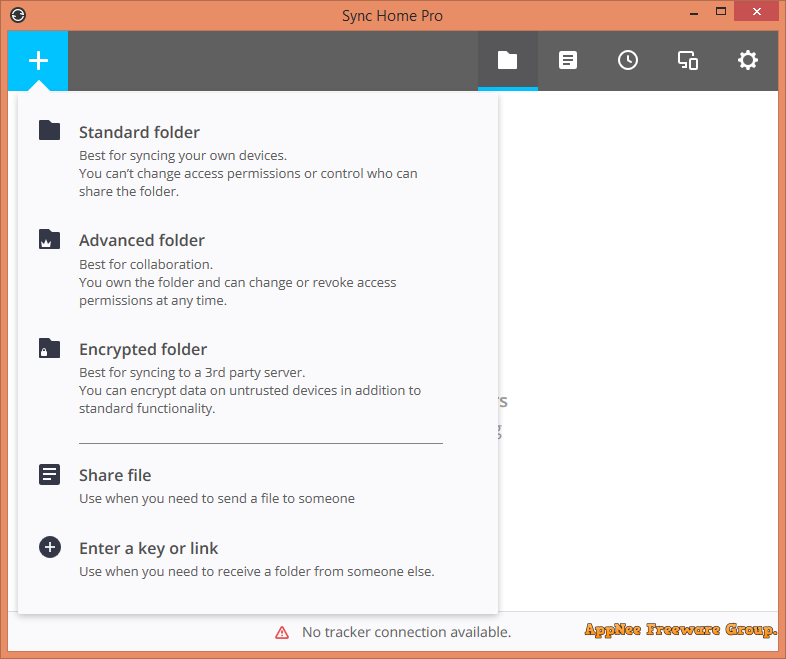 When people need to synchronize, backup or frequently share files/data between a variety of devices (including computers and mobile phones), any traditional ways of file transfer are relatively inadequate. For example, a lot of cloud storage services like Dropbox have more and more and increasingly obvious limitations or restrictions. These include: files have to be uploaded to their servers for transfer, very limited disk space capacity, pretty high requirements on Internet connection speed and stability, limitation of transmission speed and bandwidth usage, very few acceptable file types, not high enough security, easy to be blocked by some countries, expensive cost, and so on. Thereupon, Resilio Sync (formerly called BTsync, full name BitTorrent Sync, now Sync for short) came out.

Resilio Sync is a new generation of revolutionary, cross-platform file synchronization/sharing tool based on the distributed sharing technology (modified version of the BitTorrent protocol) similar to P2P (peer-to-peer). It can sync files between any devices on a local network, or between remote devices over the Internet. Its working mode is a bit like Dropbox. But unlike any existing online storage services, it does not require a registered account, has no limits to transfer speed, traffic, file size, or storage space; and other than any cloud storage services, in which you have to upload all your files one by one. 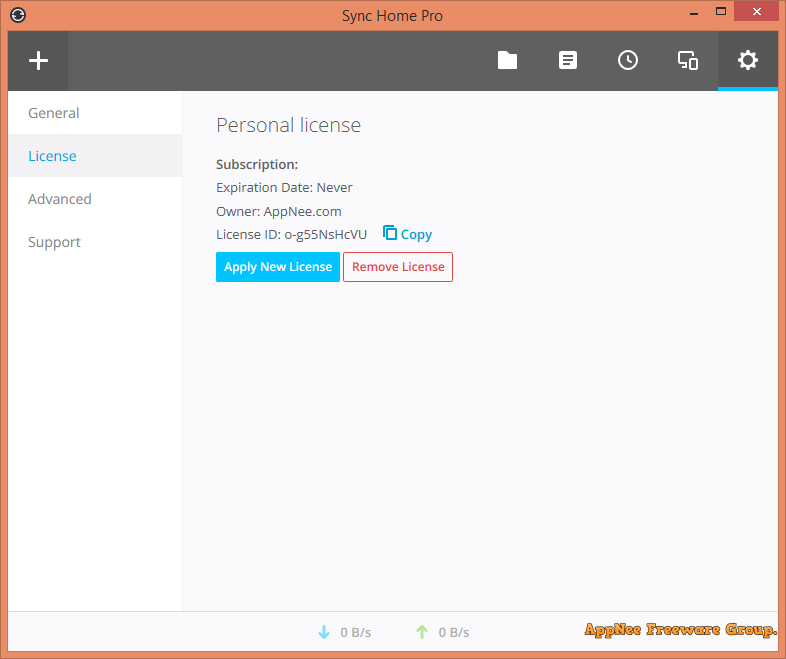 Resilio Sync can realize direct file synchronization and sharing between multiple computers, no third party servers required; and the whole process of file transferring is encrypted with AES algorithm, thus we don’t have to worry about privacy leaks and similar issues. In other words, Resilio Sync can be regarded as a very practical personal network disk or cloud storage service with unlimited bandwidth and storage space usage, which enables us to get rid of any patterns of constraints and restrictions of so-called free network hard disk or file hosting service from now on.

Just because Resilio Sync does not have to go through a cloud server to transfer files (instead, it uses the way of P2P to directly upload files from your device to others’ devices), Resilio Sync’s transmission speed is one of its biggest advantages. Especially, the transmission speed in a local area network is far beyond any known network disks. Even in a non-LAN environment, its file transfer speed also can reach the upper limit of your Internet speed. Therefore Resilio Sync has more advantages in many application scenarios. For example, an environment that has high requirement to file security; a company’s internal environment that is not convenient to connect to the Internet; file synchronization within a local area network; direct backup files point to point; the size or quantity of files or data is too big or too large; the network disk space is insufficient, and so on.

AppNee provides the Resilio Sync Home Pro Edition universal license file with permanent service life and allows you to use the selective synchronization and all other advanced functions for Windows 32-bit and 64-bit.

*** If the license file does not work, do as follows: