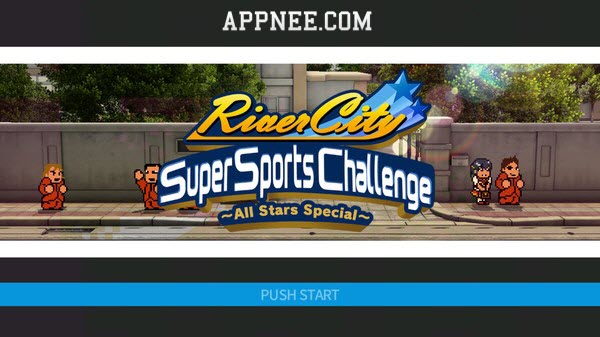 In game, you control the Nekketsu K?k?/???? team members led by the protagonist Kunio (???) to participate in various sports competitions organized by school, with a purpose of gaining enough game scores. At first glance, all kinds of games appear to be a sound movement. But because the rules allow gamers to attack each other and use multifarious weapons, that means players in the game are able to directly interfere with the opponent or even have a total fight while gaming. In short, although this is just a remade work, there are still a lot of fan players who take delight in talking about it.

This is the River City: Super Sports Challenge ~All Stars Special~ for PC portable full registered version for Windows.