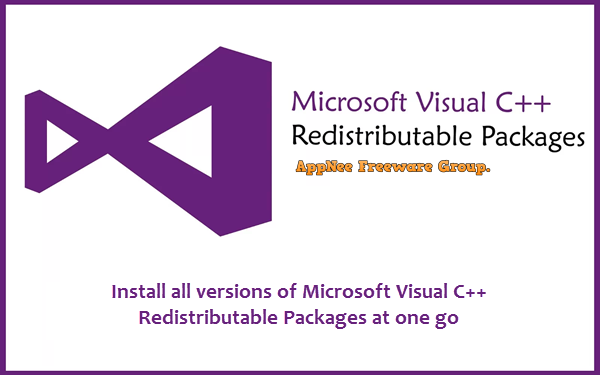 The runtime library (RTL for short) is literally the library file that a program needs when it’s running. It is usually provided in the form of dynamic-link library (DLL for short), and generally includes various functions that are commonly used in programming. It is a practical way to implement the concept of sharing function libraries in Windows. The extensions of these library function files are mainly *.dll, *.ocx (ActiveX control library), and *.drv (old system driver).

The functions supported by different programming languages are often different, so the libraries used by them are different too. This is why there are VB runtime, VC runtime, Delphi runtime, …. at the same time. Even in the same C++ language, different libraries may be used depending on the different functions provided. For example, the runtime used by VC++ and the one for C++ Builder are completely different.

Here comes the question. When we run applications developed in various programming languages, we probably need to install the runtime libraries on which they depend. Thus, we will have to install a large number of runtimes in order to keep most of our programs running normally. What’s worse, most of the time, we even don’t know which one is the right one to install at all. Based on such a requirement, various kinds of all-in-one runtime libraries installation packages came out, and RuntimePack can be regarded as one of the best.

RuntimePack is a free runtime components assembly installer developed by JamesZero from Russia. It is carefully packaged and produced based on the official RTM version of VC++ runtime libraries (i.e.: DLL files) released by Microsoft, includes DLL (dynamic-link library) and VC++ runtime library two parts, and can automatically detect the system architecture (32-bit or 64-bit) and perform the installation of the corresponding runtime package.