Ryujinx is a free, open-source and experimental Nintendo Switch emulator for Windows, Mac and Linux platforms, enables players to enjoy exclusive video games to Nintendo Switch handheld console on a computer. It was created by gdkchan using C#, and aims at providing excellent accuracy and performance, a user-friendly interface, and consistent builds.

Ryujinx now runs a bit smoothly, and the overall emulation is not bad. Compared to the other (also the first) Nintendo Switch emulator yuzu, it has more comprehensive features (such as video decoding and netplay capabilities), better compatibility, and more stable performance, but its emulation fluency (frame rate) is less than ideal now. Although Ryujinx is still in its early days, it is clearly making progress faster than yuzu, and its future is worth looking forward to.

As of writing this post, Ryujinx has been tested on nearly 3,400 game titles. Thereinto, about 3,000 games can boot past menus and into gameplay, and approximately 2,400 of these have been considered playable. To run this emulator, it’s recommended that your PC has at least 8GB of RAM, otherwise that can result in unpredictable behaviors and may cause crashes or unacceptable performance. 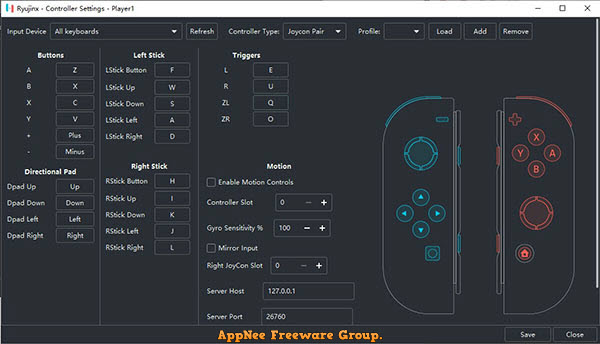 In order to use Ryujinx your computer will need: