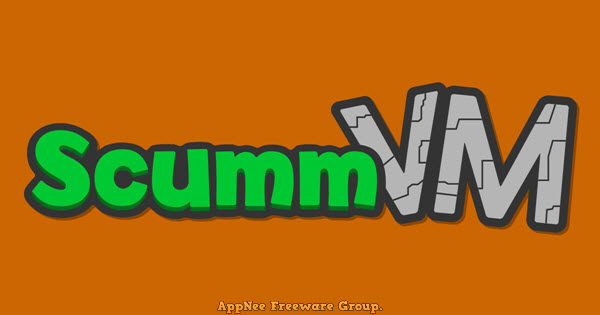 ScummVM (short for Script Creation Utility for Maniac Mansion Virtual Machine) is a free and open-source cross-platform interpreter (not a game emulator) for many classic point-and-click adventure and role-playing games that were made for DOS platform only, originally written by Ludvig Strigeus in 2001.

SCUMM is a utility that was originally developed by Aric Wilmunder and Ron Gilbert in 1987 in order to develop the Maniac Mansion game. Later, it was not only widely used by LucasArts internally, but also sold to other companies to develop similar games, so that a number of very interesting adventure games were launched during the AVG boom years.

ScummVM is essentially a set of game engine recreations, works by simply replacing the executable file that comes with the game to interpret the scripting languages such games used to describe the game world rather than emulating the hardware the games ran on, thus allowing you to play them on systems they had never been designed for (as long as you already have the data files for those games).

ScummVM was originally designed to play LucasArts adventure games that use the SCUMM system, now it also supports a variety of non-SCUMM games. In fact, it already supports numerous adventure game engines via virtual machines, and allows user to play all supported adventure games on almost any platform.

These classic adventure games include LucasArts SCUMM games (such as Monkey Island 1-3, Day of the Tentacle, Sam & Max, …), many of Sierra’s AGI and SCI games (such as King’s Quest 1-6, Space Quest 1-5, …), Discworld 1 and 2, Simon the Sorcerer 1 and 2, Beneath A Steel Sky, Lure of the Temptress, Broken Sword 1 and 2, Flight of the Amazon Queen, Gobliiins 1-3, The Legend of Kyrandia 1-3, many of Humongous Entertainment’s children’s SCUMM games (including Freddi Fish and Putt Putt games), and more. 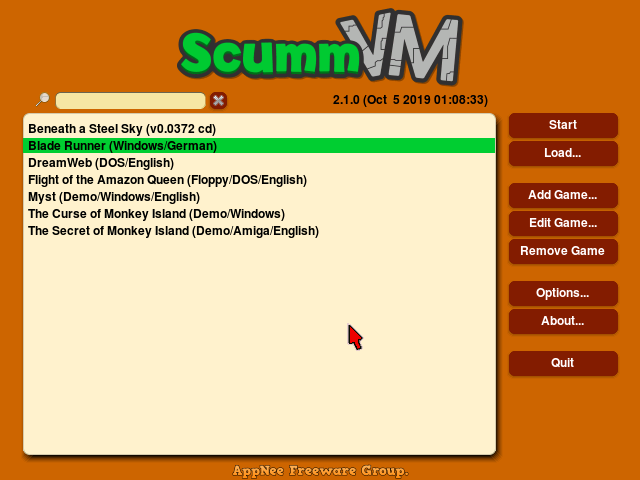 For the impatient among you, here is how to get ScummVM running in five simple steps.

*** To add multiple games in one go, press and hold the shift key, then click ‘Add game’ — the label will change to ‘Mass Add’ and if you press it, you are again asked to select a directory, only this time ScummVM will search through all subdirectories for supported games.