Silverfall is an extremely excellent action & adventure RPG type of series of game works developed by Kyiv’s Games and published by Monte Cristo from France. It used to be regarded as the landmark peak work in the field of European and American action role playing games, also had been honored as an offline edition of World of Warcraft by some A-RPG fans players around the world. Of course, you will soon find one fact that Silverfall made a lot of references from four very popular A-RPG game series at that time. They are: Diablo/Diablo 2, Dungeon Siege, Dungeons & Dragons, and Sacred.

Silverfall has a total of 6 playable characters/races, 3 major personal skill categories (including a total of 130+ types of sub skills) and a alliance skill that decides a player’s faction (natural magic or science & technology), more than 150 kinds of monsters, 8 neutral roles for joint operations (the accession of different companions will bring you different side quests). The whole work is inundated with modern machinery and European medieval magic, half cartoonish characters and scenes texture along with realistic combat effects, complete and accurate object collision effects, monsters only occur in stories or games such as Dungeons & Dragons, as well as quite a lot of humanized and detailed designs. 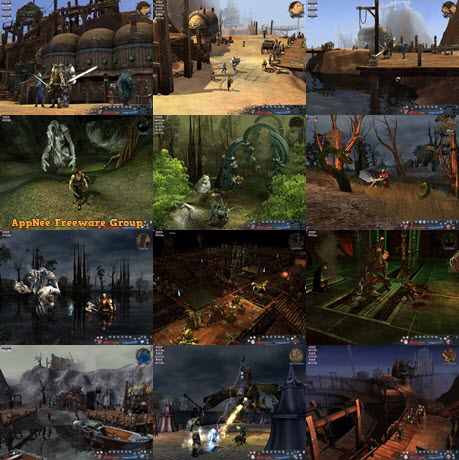 Silverfall comes with an epic game plot, elegant graphics, huge game world/maps (walking from one end of the game world to the other side will take a long time), open and flexible skills distribution system, rich storyline with many branches, role upgrading system with extremely high degree of freedom, fast-pace adventure and combat experience, comfortable shortcut keys (which lets players don’t have to constantly switch between and be thrown into a panic), multiplayer (up to 8 players) online game mode with more gameplays (CO-OP or PVP/VS mode in full open maps), a wide variety of unpredictable feeder quests, “fast travel” system (allowing players to move quickly between areas they have explored), and more. All of this undoubtedly greatly improves the playability of this game.

The gameplay and operation of Silverfall are simpler than Dungeon Siege and Diablo series, and its operating interface and method are simplified too, so that players can quickly get started. In addition, Silverfall provides many designs that save players’ time. For example, convenient and automatic route searching system that enables players to avoid going by a roundabout route; simple shortcuts operation for players to quickly switch between a variety of combat skills and spells so as to achieve joyful combos! As to the career of characters, that depends on the skills tendency a player chooses to train, and you can completely configure your own professional roles. Besides, the free character development setting is just one of the distinctive features of Silverfall. In other words, Silverfall, in fact, has no so-called limitation on character’s career. In the end, when player upgrades his character, we suggest that you take the specialization route at the first beginning, single combat skill or magic spell. Only in this way, can you quickly improve the abilities of your character. 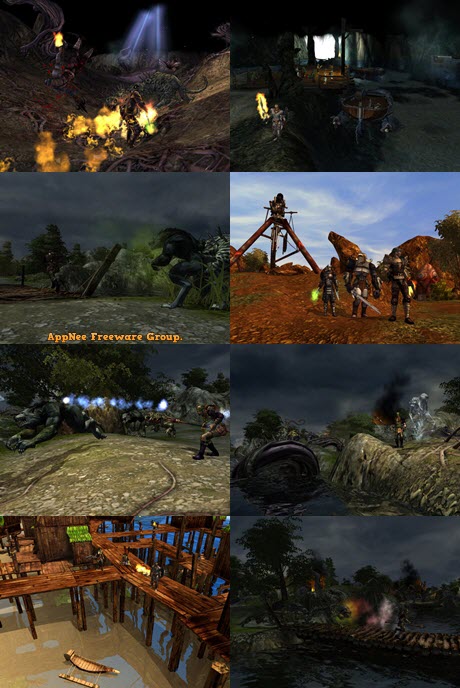 Silverfall: Earth Awakening is a standalone expansion (which added new races, equipment, weapons and maps, and enhanced the performance of graphics and multiplayer game mode) and does not require the original Silverfall to buy or play Earth Awakening.