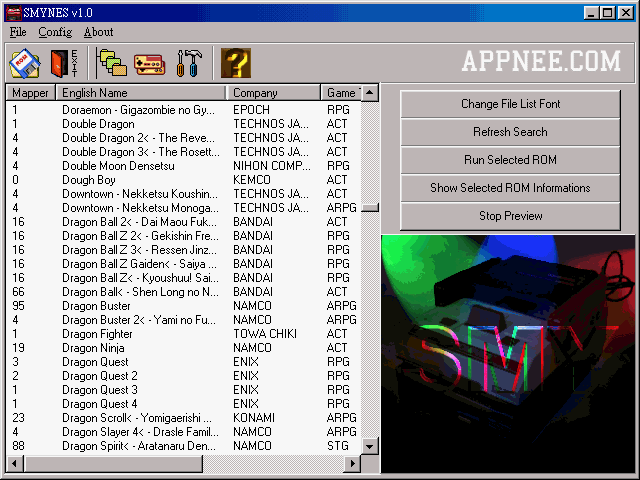 Speaking of FC (Family Computer)/NES (Nintendo Entertainment System)/FDS console emulator, there are only two most popular ones: VirtuaNES (from Japan) and SmyNES (from Taiwan, China). And SMYNES is actually the better one, at least more popular than VirtuaNES in China.

In mainland China and Taiwan/Hong Kong areas, the reason SMYNES became more popular is its biggest characteristic – perfect support to all NES game roms in Chinese, even many of which can be only emulated in SMYNES. In addition, other features such as real-time ROM file preview, UI similar with file manager (also like MAME32 series’ game list) and support for up to 4 players’ joystick also won it more Chinese users. 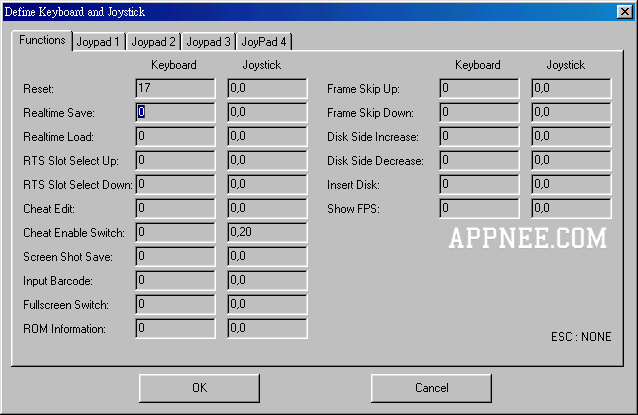 Compared with the currently most powerful and popular FC/NES/FDS emulator – VirtuaNES, the functions of SMYNES are not more comprehensive, but it comes with super compatibility (i.e., very powerful error correction ability) which makes it perfectly emulate almost any FC games. In other words, for some games other NES emulators can not emulate correctly, give it a try.

SMYNES is a commercial shareware (costed $10), and AppNee only provides you its v1.20 Final portable full registered versions in Simplified and Traditional Chinese (released in 2001) now, and hope we can finally get or make its English registered version too. 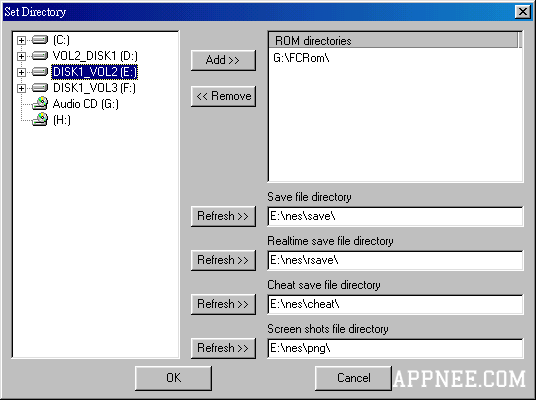 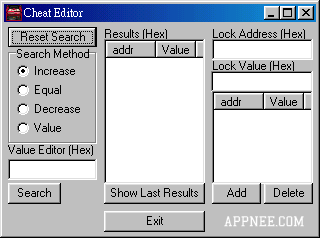