Computer users who have a little extra money or are willing to cost input on hardware probably have installed and are running their operating systems on a solid-state drive (SSD), in order to gain a better PC performance and user experience. However, SSD has a fatal drawback – it can not write frequently, otherwise the disk life can be significantly shortened. As a result, virtualizing the physical memory as RAM disk became popular. Without exaggeration, RAM disk can be twice as fast as the top-of-the-line SSD and 10 times of the fastest HDD at least!

In order to reflect how fast a Ram disk can be, let’s first look at a set of simple disk reading/writing speed back-to-back test results provided by some user. They are in turn: WD Black 2TB HDD, SamSung 840 EVO 500G SSD, and 15G RAM Disk:

SoftPerfect RAM Disk is a high-performance RAM disk creating tool, developed by SoftPerfect from Australia. It was originally a free software, later requires a commercial license. Now the basic memory allocation of new computers is larger than 4GB, and most of the time a lot of memory space is in the state of free, unused. In the range of available physical memory capacity, SoftPerfect RAM Disk enables user to create any number of virtual RAM disks. BTW, the application of RAM disk this technology has already been there for a long time actually, and were reused again only after the popularity of SSD storage device. And I think it can steadily expand its market before a new data storage technology is developed and come into service.

AppNee can simply summarize the application scenario of RAM disk like this: for any temporary files/folders owned by Windows operating system and generated by other third-party applications, or any files that require frequent reads and writes, they can all be put on a RAM disk. As a consequence, while the performance of computer running and data reading is soaring, the service life of your HDD (especially SSD) will be greatly extended! 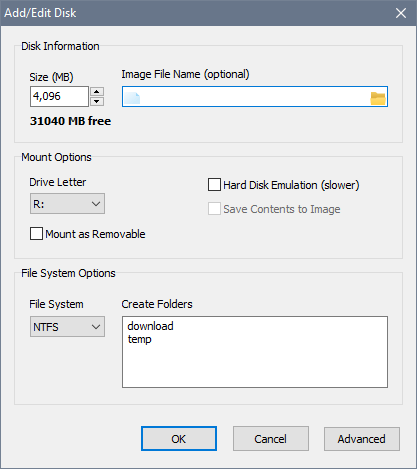 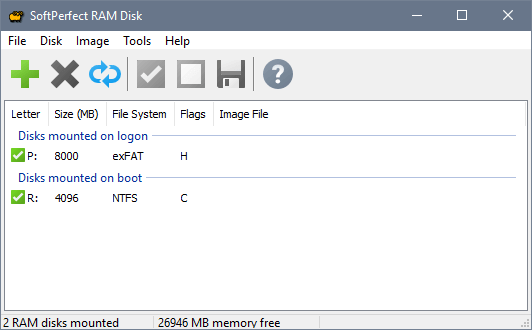 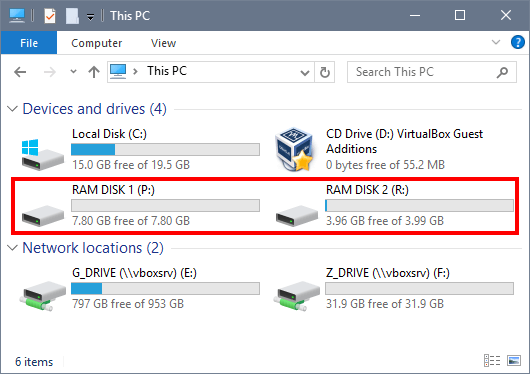