Sega Saturn (SS for short) is Sega’s sixth generation of home video game console (32-bit), hence, they named it with the name of the sixth planet ‘Saturn‘ in Solar System. At that time, the most headache thing for game designers is SS’s enormously complex hardware architecture, which indirectly led to failure in the market competition with Sony’s PlayStation (PSone) at the same time.

SSF is the first emulator (developed by Shima from Japan) that can successfully run Sega Saturn official games. It’s a long history of development, also is the best, maturest and most popular SS emulator at present. Its early development is slow, but in the wake of continuous renewal by its author Shima in recent years, games that SSF can emulate are also relatively increasing. Its graphics, sound effects and running speed are all very normal. For example: a computer with Intel CPU produced after 2010 can run SSF at full speed without frames lost. And one especially important thing is – the graphics emulation is totally original.

Although SSF does not support any graphics filters (i.e.: screen optimization), it has already made many Sega Saturn fan players excited. And now, SSF has been so perfect that it can run many classic, great game works like “Dragon Force II”, “Shining Force III“, “Tengai Maky?: Daiyon no Mokushiroku“, “Princess Crown” on SS platform.

BTW, this emulator needs your CPU support SSE2 instructions (don’t worry about this, almost all of the new computer support it). Otherwise, you’ll have to complain your PC doesn’t have fate with SSF. Because the only solution is to change the CPU. 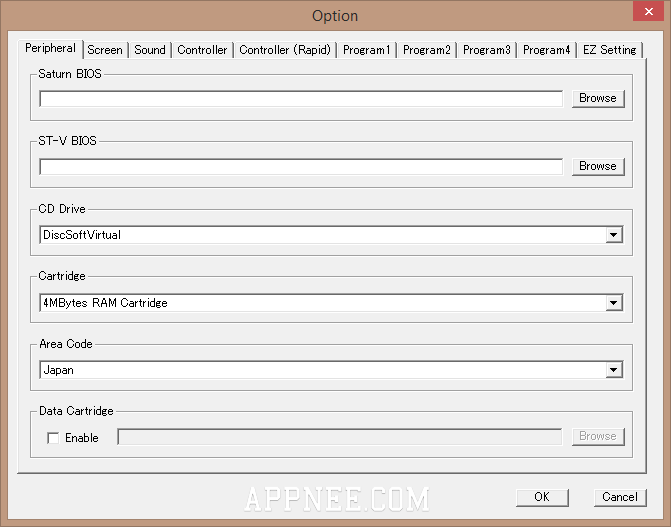 *** Without the first step, SSF will exit abruptly.