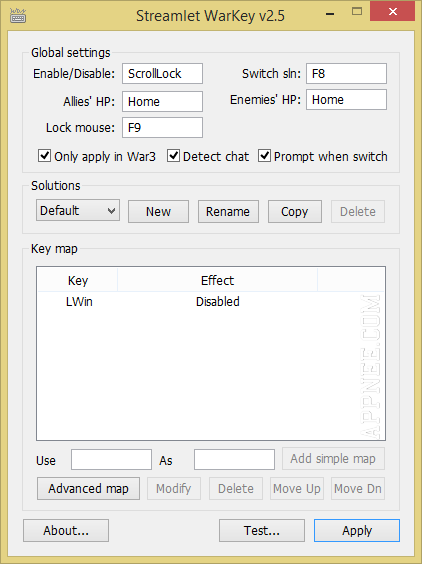 Streamlet WarKey (AKA: xlWarKey, ?? WarKey) is a popular key mapping and HP showing tiny app specially designed for Blizzard Entertainment‘s classic series of great game work – Warcraft III. It was written in C++ by Streamlet from China. Compared with similar software on the market, its advantages are very obvious. We recommend Warcraft fan players to give it a try.

In fact, there are many types of key mapping tools that come with different functions. However Streamlet WarKey pays more attention to the usability, and carefully makes a choice to the software functions. It strives to create a good helper for Warcraft 3 players. As to its advantages, you can see the following “Key Features” part.

BTW, Streamlet WarKey does not provide features that NeoN Maphack has, and its author never intended to do so. Players should use it in the appropriate occasions, especially in more formal matches, you should always follow the game rules. After all, playing a game is inherently for fun. Anyway, Streamlet WarKey will be of great help to show yourself in the classic Warcraft III. 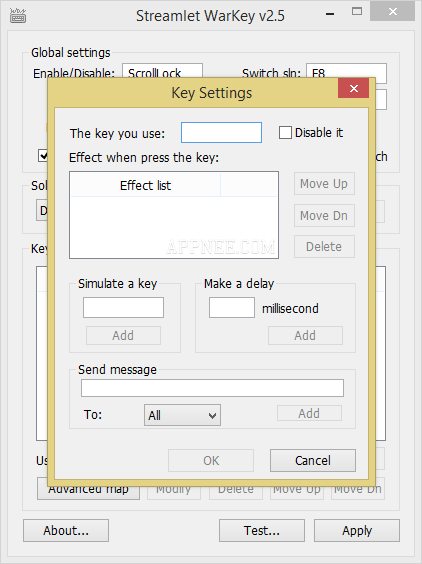