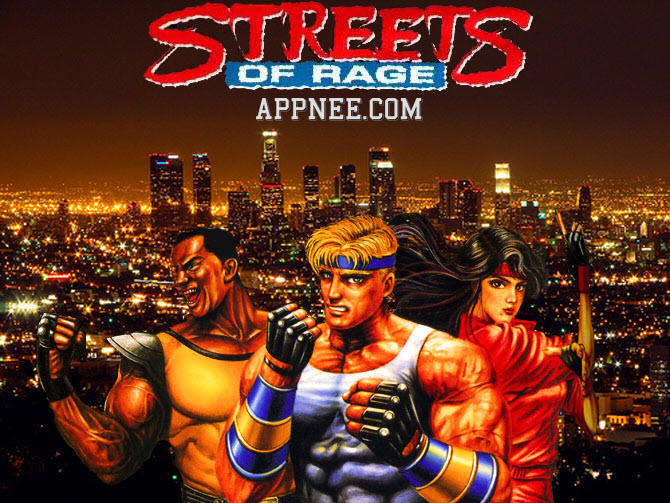 Streets of Rage (also called Bare Knuckle, ベア・ナックル) is a tailor-made beat ’em up style series video game in the 90s of last century, made by SEGA company for its 16-bit home game console – Mega Drive to go after the side-scrolling game agitation in arcade industry. There are a total of 3 official works. Below, I only give a brief introduction to these 3 official generations.

The release of Streets of Rage 1 was in 1991, which was just the heyday of the side-scrolling action fighting game in the arcade room. From the Techn?s‘s “Double Dragon” in the late 80s to the Capcom‘s “Final Fight” in the early 90s, this kind of action game based on the free fight had been mature day after day, which contributed to an enduring frenzy in the arcade game room. “Beat ‘Em Up” had thus become the most popular type of game.

The hot sale of Streets of Rage 1 made SEGA full of confidence about this project. So the sequel of SoR finally appeared in 1992. Many players absolutely felt amazing when first saw this work, which was not the ordinary sense of sequel, but rather a work thoroughly remould itself. SEGA produced such a high level of work in just one year, we can see its producers took the standards of the arcade console to request this work. SoR2 fully absorbed the essences of Capcom’s classic arcade action games and added many own ideas.

Finally, in 1994, the Streets of Rage 3 came on stage in expectation of all fan players, which took two years to build a super luxury work. It did not beyond SoR2 to be the most successful one of 3 works, but still should not to be missed! It’s exactly what’s called “The greater the expectation, the greater the disappointment”. It’s not because it was not good enough, but we expected too much.