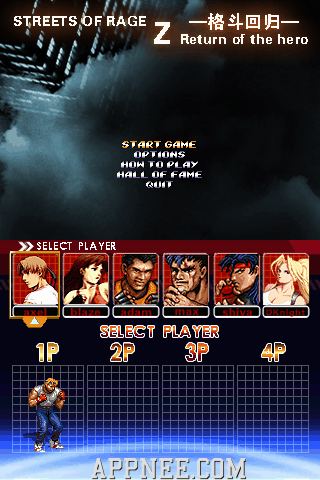 Streets of Rage Z: Return of the hero is a bold remake edition of SoR series, made by a team of fan players from China in 2011. Besides adding more choosable characters, a lot of classic BOSS roles will come on stage. In particular, the introduction of upgrade concept enables the characters to gain different combo and unique skills in different grades.

SEGA‘s classic originals of Streets of Rage 1, 2, 3 already became the past! I personally feel that Streets of Rage Z: Return of the hero can be regarded as an excellent homebrew work developed using OpenBOR which is comparable to the famous The Punisher (1993) and Cadillacs and Dinosaurs released by Capcom. It has various tricks, a wide range of process (nearly 3 hours), as well as strong playability! Of course, the difficulty is very big (the front several levels are relatively simple, but it is much more difficult when it comes to later stages). 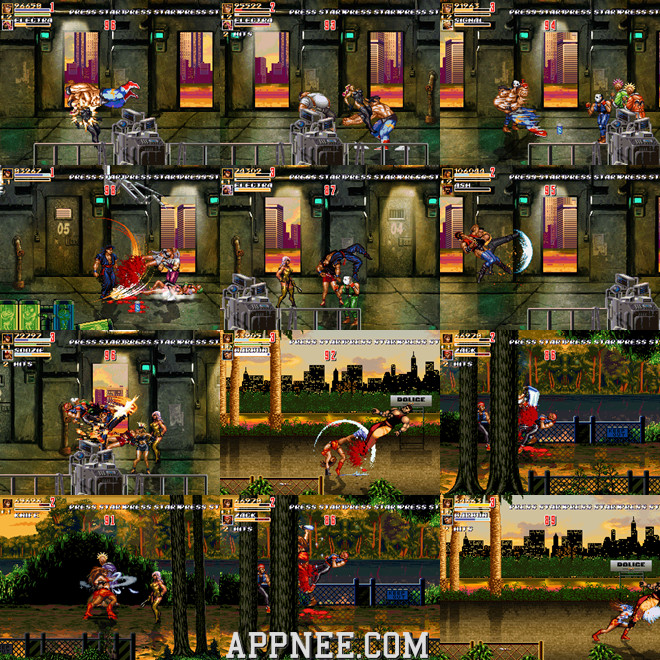