Subway Surfers is a globally popular small athletics game originally made for Android and iOS platforms, developed with Unity by Kiloo and SYBO Games from Denmark in 2012. The PC edition released in the same year not only inherits the characteristics of the mobile edition, but also its game graphics is much clearer and more delicate than on the mobile platform because of getting rid of the limitations of the mobile phone’s image processing capacity.

As a classic 3D parkour game comparable to Temple Run, Subway Surfers has topped the App Store and Google Play game charts in more than 100 countries and regions. Its graphics is gorgeous and delicate; the game comes with a variety of colors that make players feel very comfortable; it is very smooth in operation; and its action design is clean and neat. The operation of game is very simple: players only need to tap the up/down/left/right key to avoid various obstacles and obtain various items and rewards.

In addition, players are allowed to change direction left and right in the air, and can call out the skateboard by double-clicking on screen, which is equivalent to adding one life in a limited time. A variety of props such as spring shoes are included in game to make the game more interesting. It’s a pity that Subway Surfers does not allow player to adjust the setting of control keys, only allows to use the default settings. 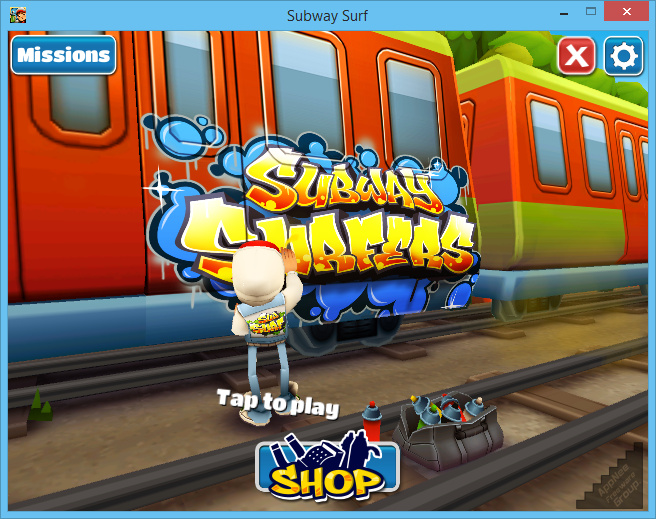