Super Mario Bros. X (short for SMB-X or SMBx) is an excellent fan-made game originally developed by Andrew Sprinks (screen name: Redigit). It blended all the classic elements of Super Mario 1, 2, 3 and World along with many new added practical props, such as Ice Flower, Hammer Suit, Tanooki Suit, Kuribo’s shoe, The Billy Gun, Yoshi, and more.

One of important features have to mention is the powerful real-time level editor (supports editing levels while playing, using either the SMB3 or SMW styled world map) of SMBx. That means you can make your own SMBX edition and publish/share it with completely personalized design of levels and episodes. All what you need is just your imagination for SMB.

Besides, players are also allowed to play with another player in the 2 player co-op mode, whose characteristic is – the screen will seamlessly split and combine when the players separate and rejoin. 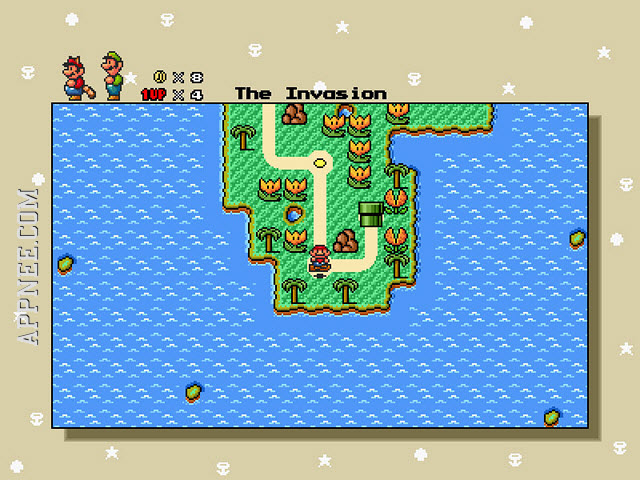 *** As for the Doujin verion v1.4, it does not support Luna.dll, but/because it can emulate all features of Luna.dll by itself.

AppNee provides the Super Mario Bros. X official full installer and portable versions (remade by Valtteri and Darkchao), as well as the unofficial (Doujin) portable version made by a fan player from China.