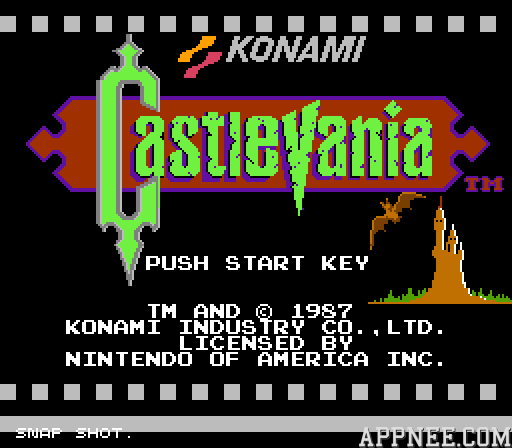 Castlevania 1986 (also known as CastleVania 1, Akumajou Dracula, ????????, Akumaj? Dorakyura, or Devil’s Castle Dracula) is the opening work of KONAMI‘s whole Castlevania series video game. First released on FDS (Famicom Disk System) platform in Japan in 1986, and was transplanted to NES (Nintendo Entertainment System) platform in EU/US later in the 1987 and 1988. So it also can be called Castlevania FDS/NES.