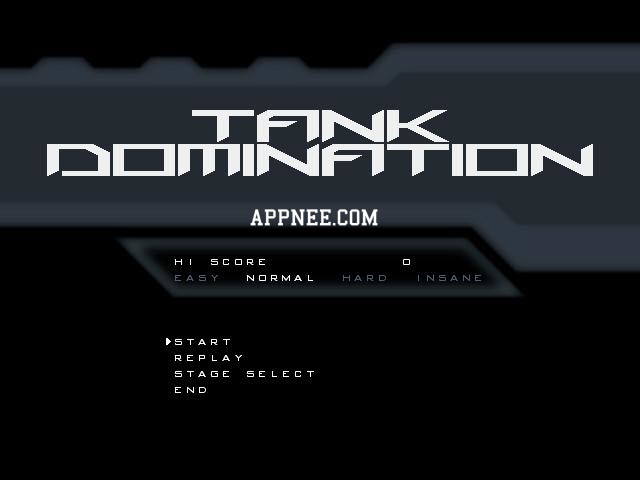 Tank Domination is a barrage (danmaku) type of small and free tank STG game developed by ASTRO PORT from Japan in 2006. It comes with omni-directional operation and very high game difficulty (a total of 4 difficulty levels for choice), and 13 stages for each difficulty. Its gaming difficulty is not only reflected in the way of the enemies’ attack, also lies in that the author did not set a weapon upgrades system or a props system for the game.

In brief, in Tank Domination this high playability of small game, whether you are besieged by piles of enemies with powerful and intensive fire, or can counter-encirclement campaign, that sees your reaction speed and operating flexibility in game. Fortunately, the enemy’s bullets speed is a little slower than yours, so it’s not very hard to avoid the bullets screen. However, even selecting the simplest difficulty level, to get through 13 stages is a very challenging mission to finish. Plus, in four levels of difficulty, the speed of the enemy’s bullets will gradually speed up along with the increase of game difficulty.