At the beginning of this game, player first needs to customize his tank, arm it, and then enter into the battlefield to fight with the enemy. Killing enemies can earn money, with which you can buy more powerful turrets in rebirth. Because it takes the locked 45° angle of view, the tank’s crosshair is changed to a straight line, so that the projectile will hit the first object in its flight line (so it is a bit difficult to operate). In other words, it works on the same principles as the traditional Battle City. Plus, the tank’s chassis has no obvious head-end shape, that’s why player often feels disoriented as it moves along. But, these further enrich the fun of this game on the contrary.

In addition, TankZone Battle supports multiplayer online game mode, which further spices up the game’s interestingness. And combined with the fairly fast pace, it makes the online gaming experience even better. In short, players who like tank war game and network versus game might as well give it a try! BTW, in this game, the power of ammunition is not everything. Instead, flexibly utilizing your speed, agility and the surrounding blindages is the key to beat your competitors! 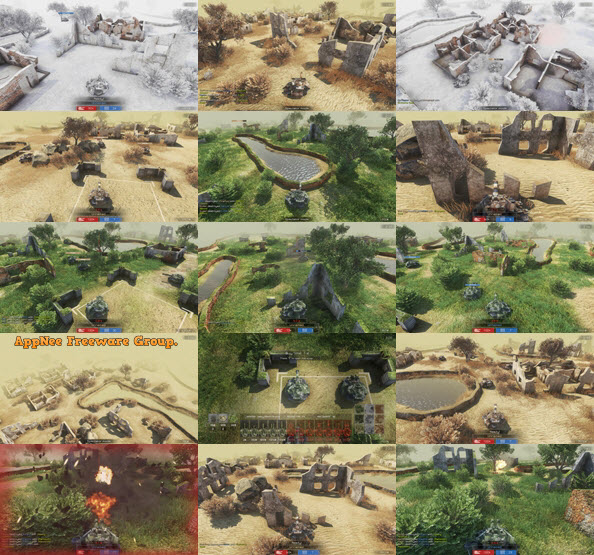