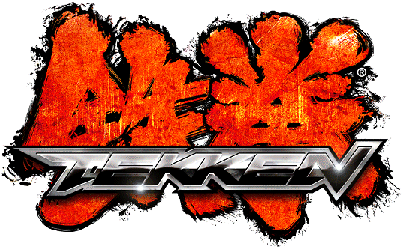 Tekken (AKA: 鉄拳, Iron Fist) is a very classic 3D fighting game series for both arcade and home game consoles, developed and published by Namco from Japan. Its first work was produced in 1994, appeared only on the arcade console at first, and was later ported to home game consoles. As a hardcore fighting game, Tekken is extremely realistic and exciting no matter in action design or graphics rendering, thus occupying one important seat among all fighting games in the world all the time. As we all know, it even spawned comic books and movies.

As one of the pioneers in the 3D-FTG (Fighting Technology Game) field, Tekken is the only game work that can rival Virtua Fighter – the originator of all 3D fighting games. In terms of graphics, Tekken’s first generation started from a relatively high level. Due to the extensive use of the material mapping technology, its game scenes and character shapes are more exquisite than VF’s first generation. In terms of overall game experience, it is also different from VF that reflects the real effects of fighting art, instead it established the gorgeous style of its 3D fighting games.

The first work of the whole series has problems in some aspects such as strictness of movements in martial arts, balance of characters, and integrity of system, but because it is easier to get started, and full of energy, it still gained its first group of fans players. At the end of March 1995, Tekken landed on the PS console, and so began the saga of its legitimate works being ported only to the game consoles of PS series. The first porting was almost perfect in the aspects of both graphics and gameplay, and the newly produced CG animation was also highly praised. Meanwhile, the extremely high degree of porting and keeping the original elements also became the tradition of all its future ported editions.

The arcade version of Tekken 2, which was released closely following VF2, made no significant improvement in terms of graphics, systems, fighting skills, fluency and leakproofness of action design, and more, cannot compare with VF2’s great leap. At that time, the status of VF2 in the arcade fighting game industry was unshakable. Therefore, the victory and defeat of the second battle between these two 3D fighting game masterpieces on the arcade platform had been divided. Tekken 2, however, found another way – as using a lower-spec game system, it created good conditions for porting to other consoles. As a result, the PS edition of Tekken 2 became a best-seller due to its high portability and lots of original elements in 1996.

Namco’s strategy of shifting the focus of its arcade works to the home game consoles gained a great success. It is worth mentioning that the PS edition of Tekken 2 has many groundbreaking designs. For example, it is the first FTG game with a practice/training mode. This player-friendly setting has become a must-have mode for FTGs and even many other types of games. With the further development of the continuous floating fighting skills, the combo system of 3D fighting games became more systematic, and studying the combinations of combo skills with high degree of freedom also became a great fun for many Tekken fans players.

Tekken 3, like the first two, was still a follower of VF3. But this time Namco summed up the previous two experiences, and improved in many aspects while maintaining the original style of the series. First, it replaced the arcade system board, so that the graphics quality was greatly improved; Second, it kept the essence of its own game system, took the advantages of other different systems, and added new game systems such as horizontal movement to enhance the concept of 3D depth in game.

With the setting and development of game story, the characters in Tekken 3 also had a big change. In addition, the repetition rate of movements in martial arts was greatly reduced, new acrobatic fighting actions emerged in endlessly, and the character’s personality became more obvious. Although Tekken 3 still could not compete with VF3 in the Japanese arcade game market, it still achieved quite good results around the world. In 1998, Namco finally made one step ahead, taking the lead in porting its third work of the series.

As for the later official versions or spin-off games of Tekken, limited to article length and personal energy, AppNee won’t go into them one by one.