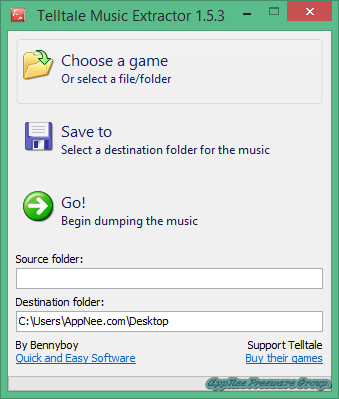 First of all, not all of the wonderful music you heard can be bought or downloaded from somewhere. Then, if I said the background music of a lot of games (especially the ones categorized in adventure type) are really awesome, I think most game players will agree. So how to get them out from games for direct play or collection? This case, third-party tools are almost always required, and of which, a game audio extractor is preferred. As for recording game music, that’s just a remedy way.

As a small and simple game assets extractor, Telltale Music Extractor is free and open-source. It’s specially designed for extracting the background music (in-game soundtrack) from all series of games (including currently the most popular Minecraft series) released by Telltale Games in a quick and easy way. You do not need to know what codec they use or figure out the point where you can convert the audio. Just select your game file and extract the BGM out with one-click. At last, please note that, Telltale Music Extractor is not universal for all PC games, just works for the ones released by Telltale Games. 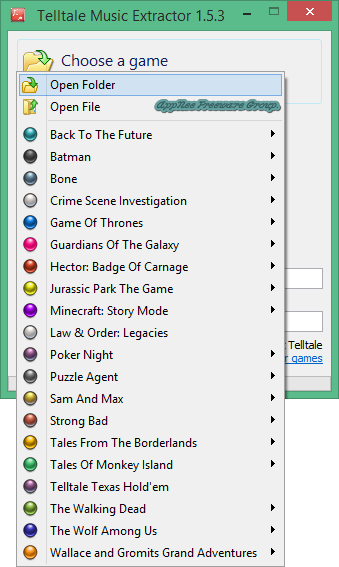 Telltale Music Extractor also supports the dumping of music as a soundtrack, this enables the tracks to have better file names, audio tags and album art images. See the readme for more information.