Terraria is a popularity pixel-style indie game nicknamed the 2D side-scrolling edition of the famous sandbox game Minecraft, which was launched on PC in as early as 2011. But personally I thought it was just in terms of its randomness and pixel style, for the game system design it was inspired most from the Clonk Rage. Of course, it’s really as fascinating as Minecraft. 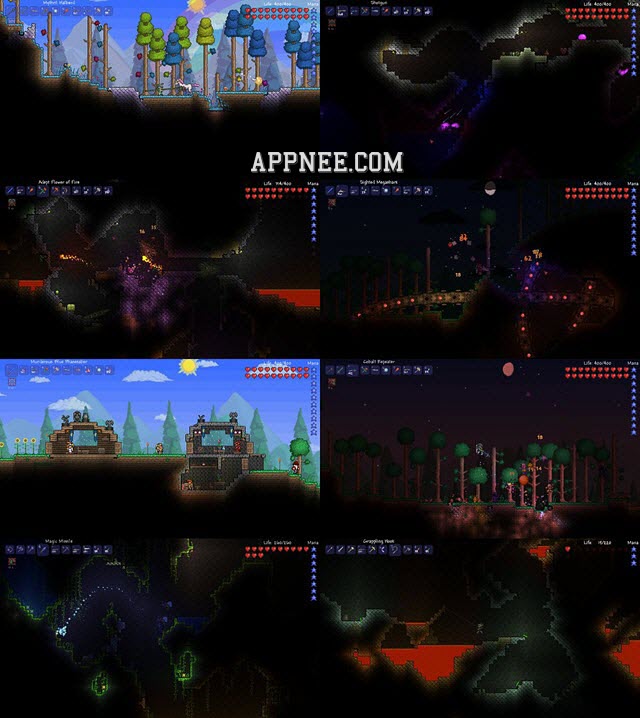 Terraria has a very high degree of freedom, players can do lots of things in the game: craft weapons to overcome all kinds of enemies and communities; mine underground for equipment accessories, money and other useful things; collect wood, stone, mineral resources, for example; create all you need in your world and protect them; build a house, a fortress, or even a castle, where NPCs maybe like to move in to live with you; sell your all kinds of goods to help your journey in the game.

*** To make Terraria work, you have to make sure you have installed all these runtime libraries first, or you will see the “Terraria has stopped working” error all the time.

In fact, the Terraria v1.3.0.8 contains no game content updates, only modifications to the game engine for compatibility with Mac and Linux systems.

Below AppNee you can download the portable versions for Windows, others are setup ones (all of them support multiple languages).