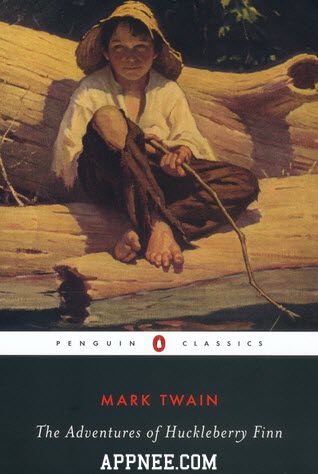 The Adventures of Huckleberry Finn is a recognized American literature masterpiece (except the last chapters) that provided new pleasure and energy source for the American prose and poetry in 20th century. It was first published in 1884. We can say, all American modern literature was derived from this one book. This is not only because its uniqueness on the language arts – i.e.: the application of colloquial language.

In the United States in around 1850, apart from the corruption of political life, deepened labor conflict, church’s hypocrisy and deceit, as well as the unbearable pain imposed on people, the most urgent and serious problem is the slavery and race/color discrimination, which is widespread and rampant in the southern states. The author (Mark Twain) showed his fighting attitude to all these unreasonable phenomenons, and unequivocally gave a warm sympathy and support to masses of persecuted black people.

The main plot of The Adventures of Huckleberry Finn embodies two “escape” : Huck wants to escape from the hypocrisy and corruption of “civilized” society to obtain spiritual freedom; Jim wants to escape from the slave states to the ones with freedom, and to obtain the freedom on both body and spirit. Its core content is two “consciousness”: for Huck, his escape journey with Jim is a journey with moral growth and learning ; for Jim, his awareness on thought as an equal “people” embodies the pursuit and yearning to freedom and life as a true “human” from the black.