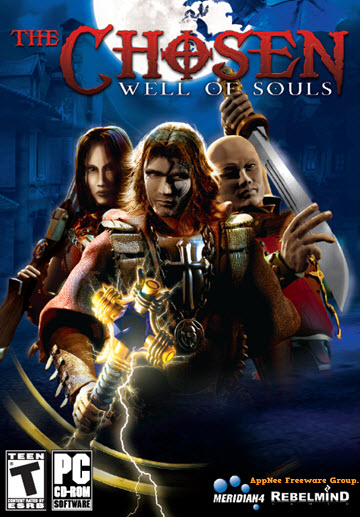 The Chosen: Well of Souls (AKA: Frater) is a buried and forgotten old but excellent action RPG type of PC game that is almost totally unnoticed. AppNee wants to only recommend it to some real game players. It was developed by Rebelmind from Poland in 2006. Players who like Diablo-like games might as well give it a try, and you won’t be disappointed.

The Chosen: Well of Souls provides 3 playable characters: Frater Simon, Elena, and Tong Wong (respectively mage, thief, and warrior), and 15 kinds of weapons (including single-handed weapon, two-handed weapon, long-distance single-handed weapon, long-distance two-handed weapon, wands with different attributes). Wearing helmet, shield, breastplate and other armors, magic rings and other accessories, as well as magical elements such as alchemy, players are able to create their unique combat equipment (more than 200 weapons, armors, and magic upgrades are available). Additionally, it also comes with vivid scenes, fine character action design, realistic magic effects and physics, which enable players to get more pleasure while playing this game that characterizes a large number of battles.

In a nutshell, The Chosen: Well of Souls is one of the few worth playing and dapper action role-playing games with fantasy style set in a dark period of the 19th century. Its graphics can compete with Torchlight, or we can regard it as the reproduced edition of Space Hack. Anyway, games like this are becoming hard-won now, so it’s worth playing and collecting. AppNee provides the The Chosen: Well of Souls portable full registered version for Windows, along with some bonus contents: characters, manual, wallpapers.