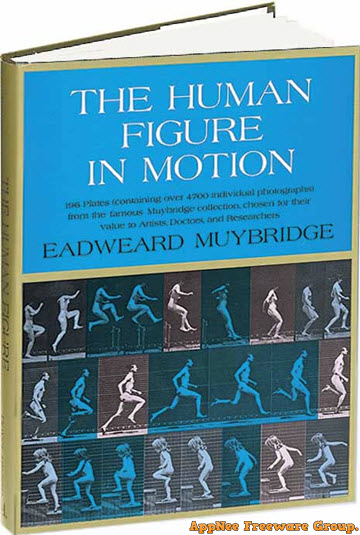 The Human Figure in Motion is a quite old but very practical book for learning animation. It was written by Eadweard Muybridge, and published by Dover Publications in 1955 (originally published in 1901). The whole book has a total of 390 pages (AppNee only has and shares its Photo Album part), contains a large number of decomposition materials for human motion, and can be used as a must-read reference book for standard body movements for both animation production professionals and enthusiasts.

About its author, it is necessary for us to know his some background. Eadweard J. Muybridge (name at birth: Edward James Muggeridge) was born on April 9, 1830 and died on May 8, 1904, known as a british-born American photographer, inventor, “father of motion capture” and “father of film”. He was the first person who explored and innovated the instantaneous nature of photography in the history of photography. On June 19, 1878, he made the first “movie” in human history (“The Horse in Motion“). This “movie” actually runs a series of photos together so as to create a moving effect. But the result of his groundbreaking work and great invention was to lead human into “the age of motion pictures and cinematography”.

The Human Figure in Motion is the largest selection ever made from the famous Muybridge sequence high-speed photographs of human motion. It is a priceless treasure in this field, and its light shines to this day. It was rated by American Artist as “An unparalleled dictionary of action for all artists, photographers”, and by Scientific American as “Impressive and valuable collection”. All in all, if you want to be an animator, then this book is must-read. In fact, it has never been superseded as a sourcebook for artists, students, animators, and art directors.