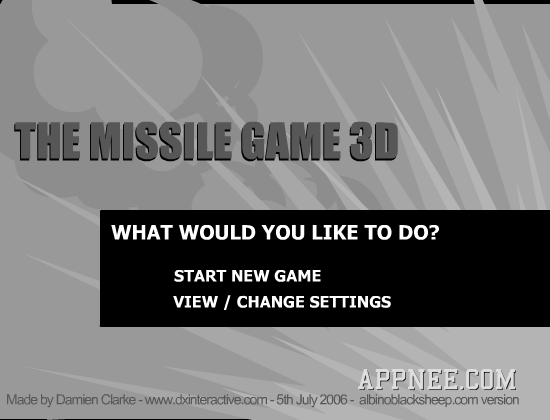 The Missile Game 3D is a minimalist obstacle-escape type of small flash game based on mouse-control only, which actually tests the players’ memory ability, reaction speed and agility. It was developed by DX Interactive, whose popular work BLOXORZ you might have enjoyed.

In game, you control a missile to fly through the tunnel which is full of all kinds of obstacles in the rotary motion status. Your goal is to make the missile quickly dodge and pass them safely, so as to avoid to be detonated. The missile itself flies faster and faster, so that comes with higher difficulty making players feel quite excited and satisfied.