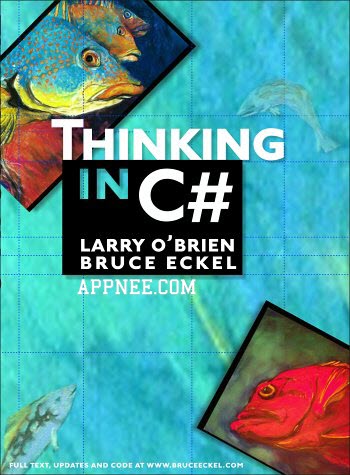 Thinking in C# (Thinking in C Sharp)  is the Bruce Eckel‘s new book after the reprinted again and again Thinking in Java and Thinking In C++ in his sought-after Thinking in series of classic works. When finish reading it, you’ll probably feel that Thinking in C# is a little inferior to the Essential .NET – this is indeed a fact. But AppNee hopes you to know that, for this reason, it is more suitable for beginners.

Although finally it stopped in the Beta version (the official site has noticed: The “Thinking in C#” project was suspended), did not published in a due form, and was old enough (published in 2002), but for any readers who want to start to learn C#, Thinking in C# is still extremely helpful. And it’s free for read now.