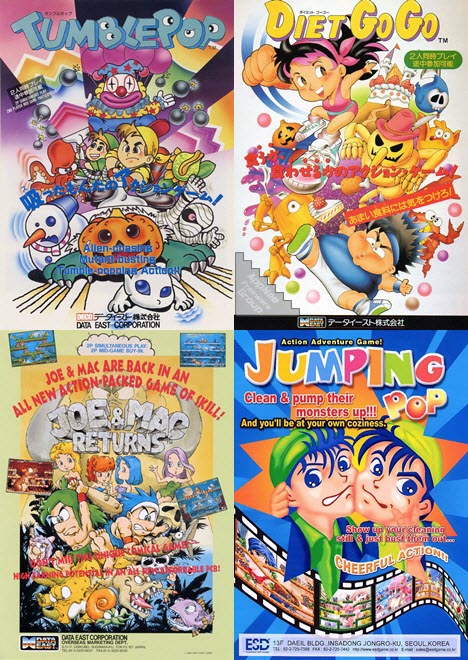 Tumblepop (AKA: Tumble Pop) is a classic and popular arcade game series developed by Data East from Japan in 1991. At that time, Snow Bros. was so popular that Data East got a little jealous and created this game to mimic the Snow Bros.’s gameplay. This game is easy to get started, not difficult to clear all levels, but it requires a high level of agility in the player’s operations.

Diet Go Go’s design is still the cartoon style, but with a slight change of gameplay. The game is not difficult either, and the player only needs to pay attention to the rhythm of the enemy’s attack. Joe & Mac Returns’ game background is set in the age of savage and it includes some RPG elements, which give the game a huge boost on the playability.

Jumping Pop plays exactly the same way as Tumblepop. The difference is that the BOSSes in this game show up more often, almost a few levels with a small BOSS, and a few small BOSSes followed by a big BOSS. Although the difficulty of this game has not changed much, but it’s a lot more fun to play. 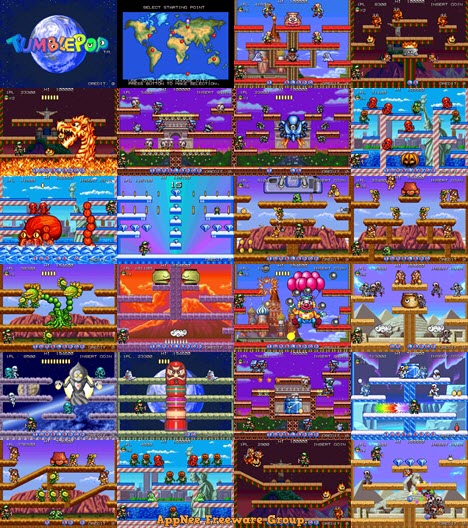