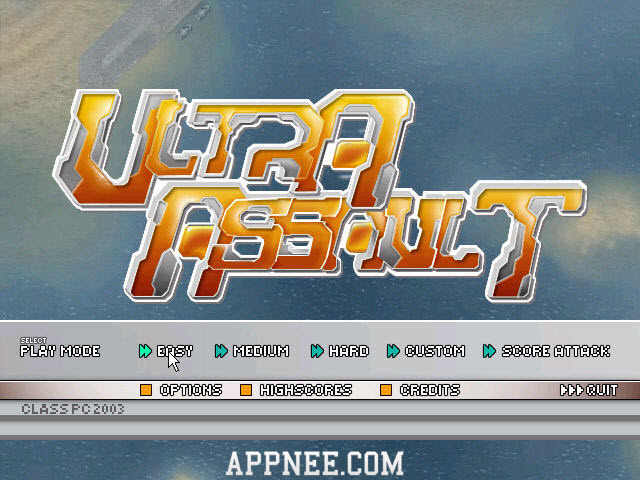 Ultra Assault is an old, classic Raiden-style 3D flight shooting PC game released in 2003 with multiple high gaming difficulties. AppNee suggests it to Raiden series‘ fan players, you should not miss it.

Ultra Assault had beautiful and delicate graphics (I mean in the early 2003), smooth operation; combined with realistic entourage of BGM and sound effects, they made the game give quite outstanding performance as a whole (I remind you again – it was at that time). In particular, its multiple difficulty levels option enables different grades of players to fully enjoy the fun in Ultra Assault.