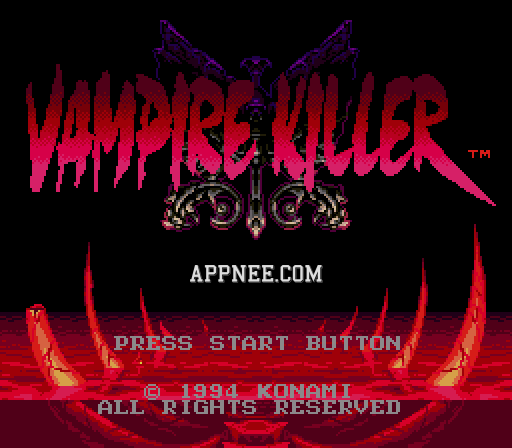 Vampire Killer (full name: Akumajou Dracula – Vampire Killer) is the second game in the whole Castlevania series and its second work released in the same year 1986.

At the first sight of the name of (Castlevania) Vampire Killer, I do believe the first thought of many players who even know Castlevania well is probably that super popular and classic entrance music of Castlevania opening work – Castlevania 1986.

It’s true, but I will remind some players that Vampire Killer is meanwhile the second work of Castlevania series released in the same year (1986) of Castlevania 1 for MSX2/FDS/NES platforms. Which also can be regarded as Castlevania 1986’s advanced remake edition.

What is worth mentioning is its more open-ended action-adventure gameplay and non-linear design (similar structure to another big series game Metroid). Especially Vampire Killer’s weapons system and action design make players can’t believe it was designed in the early 1986!