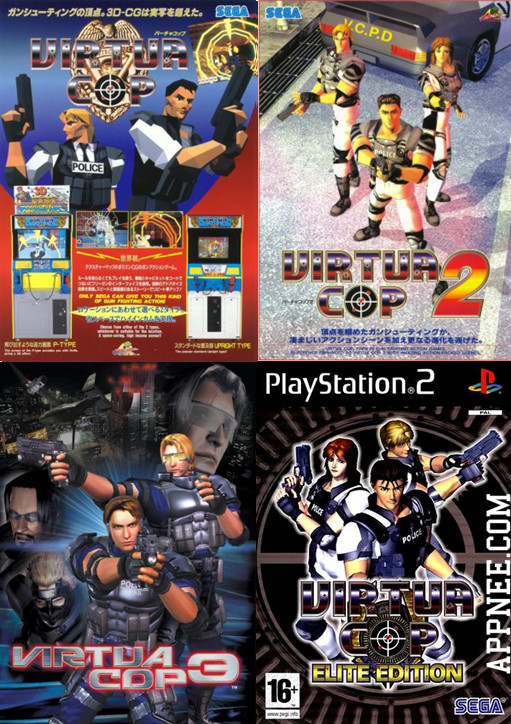 Virtua Cop is one of the most classic FPS type of game masterpieces from SEGA, which is the earliest ancestor of 3D light-gun games (for 2D, it’s Duck Hunt from Nintendo) and had been ranked first in the arcade games list for long. After ported onto PC, its easy operation, excellent graphics and sound effects, as well as exciting shooting gameplay, all this made it begin to become popular the time it came out. Compared with operation, it more tests player’s reaction speed. BTW, Virtua Cop 3 added many new elements, such as slowed time system and crisis system.

Virtua Cop: Elite Edition is a compilation/deluxe edition of two light gun games by Sega for the PlayStation 2. It includes Virtua Cop and Virtua Cop 2 packed with bonus unlockable artwork. Known as “Virtua Cop: Re-Birth” in Japan, this game was released in Japan and Europe.