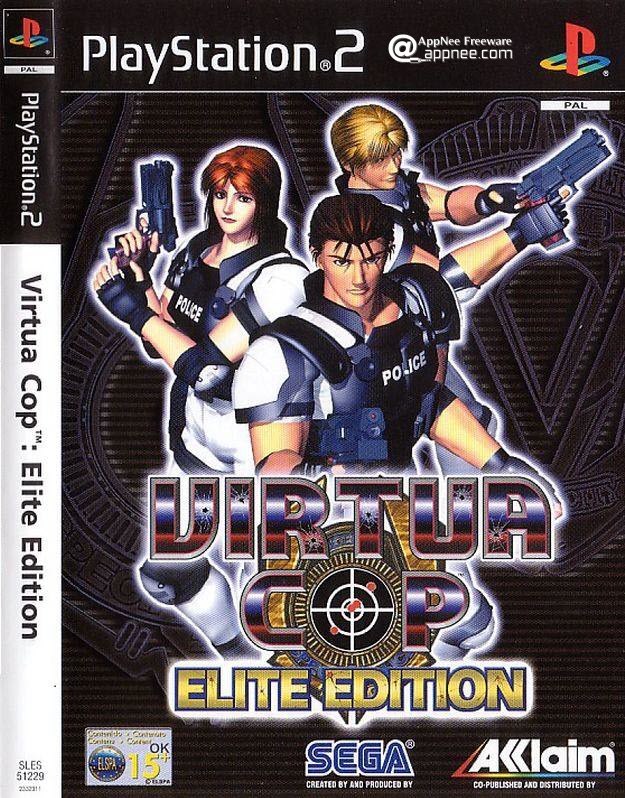 Virtua Cop: Elite Edition (AKA: Virtua Cop: Re-Birth in Japan) is an action shooter (Shoot ‘Em Up) light-gun arcade game for PlayStation 2 console made by Sega AM2, only released in Europe and Japan. It’s really an official remake combination of Virtua Cop 1 & Virtua Cop 2.

As the representative light gun shooting game of SEGA in those days, the first two episodes of Virtua Cop series launched in MODEL2 motherboard, and subsequently transplanted to SS, were all very popular. After SEGA transformed into software vendor, as a result, its each brand series game came on stage in other consoles one after another, and Virtua Cop series chose the PS2.

Due to the performance of PlayStation 2 console has been far beyond the MODEL2 motherboard, the shrink phenomenon of SS will not happen again in PS2. This not only completely relived the original of arcade video game, but also added the practice mode, gallery and other additional factors. Note: No PS2 backup disc/game or copy will work unless your PS2 console is modded (allows playing of backups), or if you use Swap Magic. Or you can also play it with PCSX2 emulator.