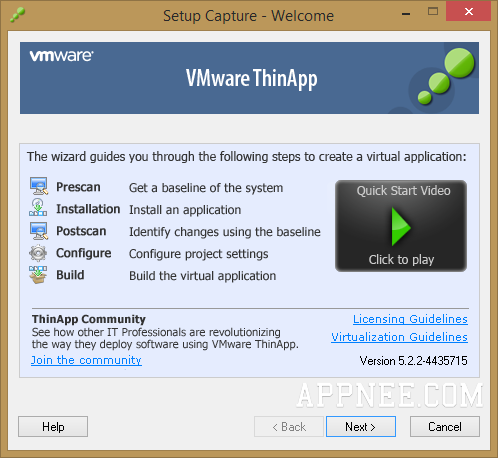 As a well-known application virtualization tool – i.e. the single-executable/portable software builder, VMware ThinApp is actually the former Thinstall Virtualization Suite which was later acquired by VMware. It can also be simply interpreted as one packaging suite for software and its complete running environment.

In big ways, VMware ThinApp is an agent-free application virtualization solution, used to isolate the application from its underlying operating system, so as to eliminate many possible conflict, and simplify the delivery and management of application. Yet from the actual view of users can touch and understand clearly, we just need to think of VMware ThinApp as a great portable software creating tool, and that is enough. Its has two main purposes: make multiple versions of some program run well on the same OS without conflicts; make some program transfer between multiple OS without having to install it over and over again.

VMware ThinApp’s working principle is to package all the related resources (such as EXE, DLL, OCX, registry, etc.) of some software into a single executable file (EXE). In that case, the entire program is limited to run in one closed environment, any resource needed is called from its independent data packet(s), so as to realize the isolation from the current OS without administrator privileges required. 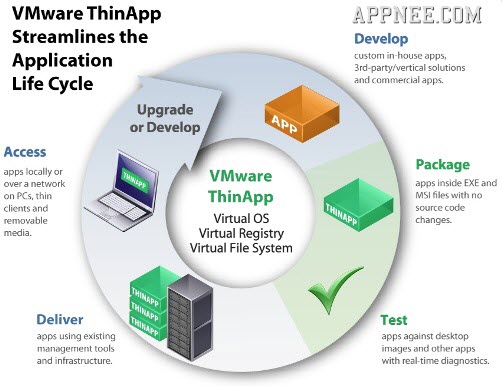 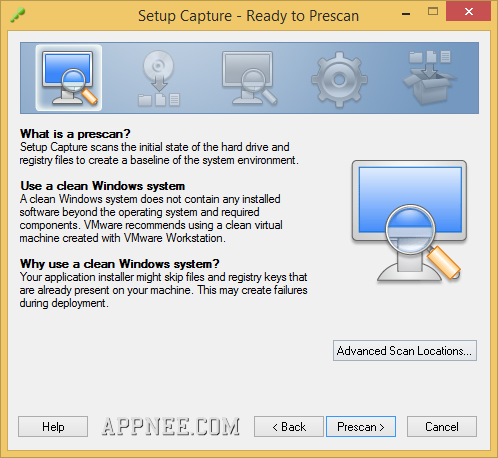