Almost each PC gamer knows two facts about Blizzard Entertainment‘s Warcraft series of games: they are old, out-of-date, but still enjoyable enough for pure offline game lovers. So even AppNee finally released this AIO collection type of resources for them until now, it’s also not too late.

Here, AppNee provides you with the portable full registered versions of Warcraft III: Reign of Chaos & Warcraft III: The Frozen Throne for Windows (in one package, no installation or registration required, just extract to play), all official update patches, all campaigns profiles, 43 Original Soundtracks (OST), 2511 maps and 6268 sound files extracted from the built-in World Editor.

Moreover, AppNee also prepared Warcraft’s hardcore fans with the portable full versions of Warcraft 1 (Warcraft: Orcs & Humans) for DOS (you can play it with DOSBox or D-Fend Reloaded) and Warcraft 2 (Warcraft II: Tides of Darkness, Battle.net Edition) for Windows here.

*** You can make both of them use their own profile file by placing them to different ‘ProfileX’ folder and loading them from “Single Player Profiles” in game. 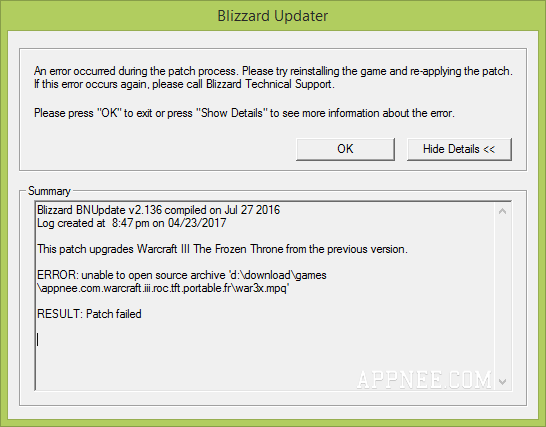