As everyone knows that Firefox‘s overladen and frequent update without substantial leaded to its performance worse and worse. In AppNee’s opinion, if it’s not Google’s Chrome finally ends Mozilla’s Firefox career, then it must be some half-blooded browser based on the same core kills it. Since Firefox 3.5, we haven’t officially use it – just can’t stand its fast increasing high resource usage, lower and lower performance and bigger and bigger file size.

In fact, besides the official edition, there are many other unofficial web browsers based on the Mozilla‘s Firefox core. For example: Flock – characterized by social network (has stopped development), Pale Moon – be good at speed, as well the countless DIY customized editions from various community amateurs, and so on. 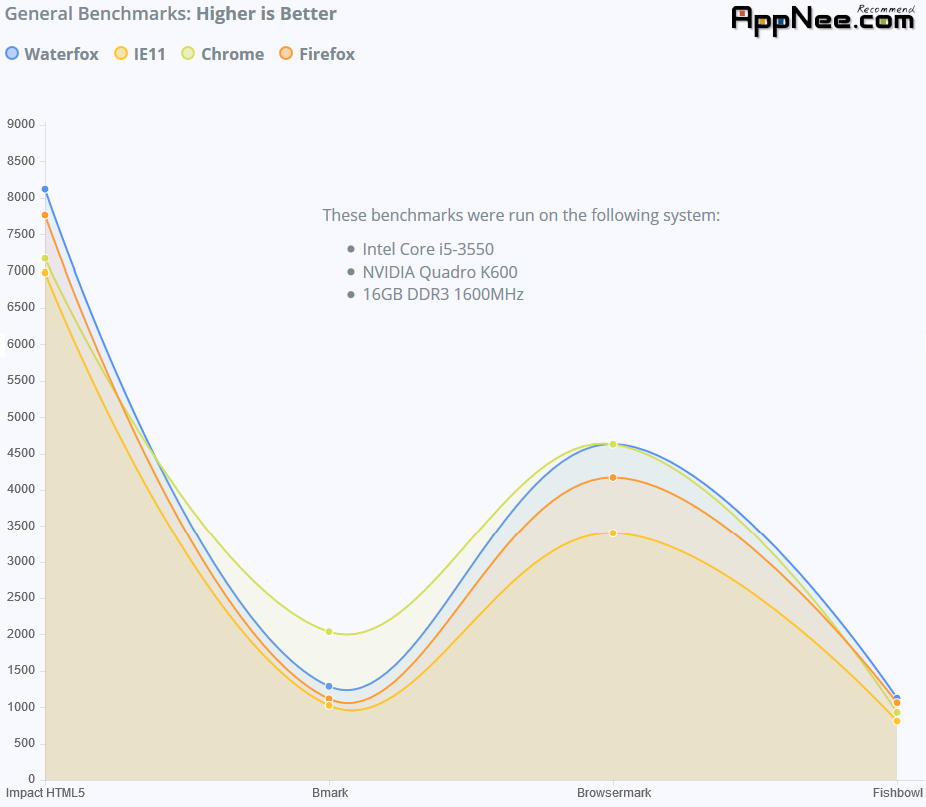 64-bit applications will undoubtedly lead to better performance under 64-bit OS, so for a 64-bit system users, which browser can improve the performance? The answer is Waterfox. Because of improved details of large memory and 64-bit computing, Waterfox makes Firefox run much faster and more smoothly. 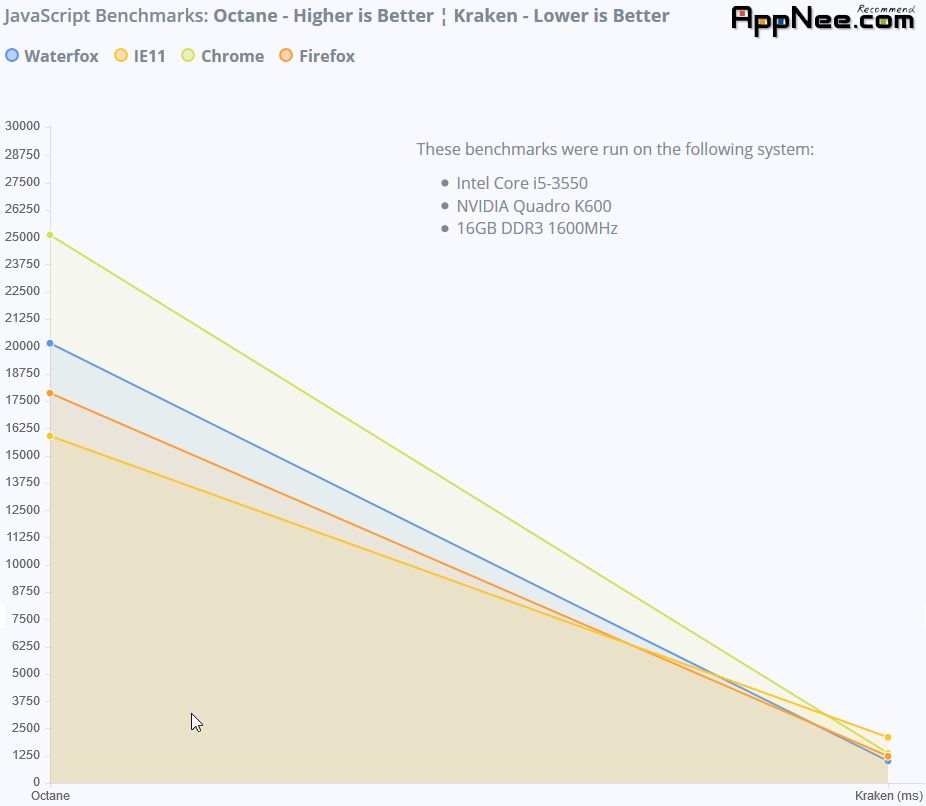 Waterfox is high performance and probably the world’s fastest pure 64-bit browser based on Mozilla Firefox for now. Using Firefox official source code, specially compiled and optimized for Windows 64-bit operating system, as well as Mac OS X and Mobile platforms. Waterfox builds in latest 64-bit Flash, Java and Silverlight plugins, supports any extensions of Firefox and another better feature than Firefox is that Waterfox is portable – that means you don’t have to be upset about how to backup and restore all kinds of data and settings in Firefox (although you can use MozBackup to achieve that with some convenience), even if you have to re-install the OS it will be the same as the original.