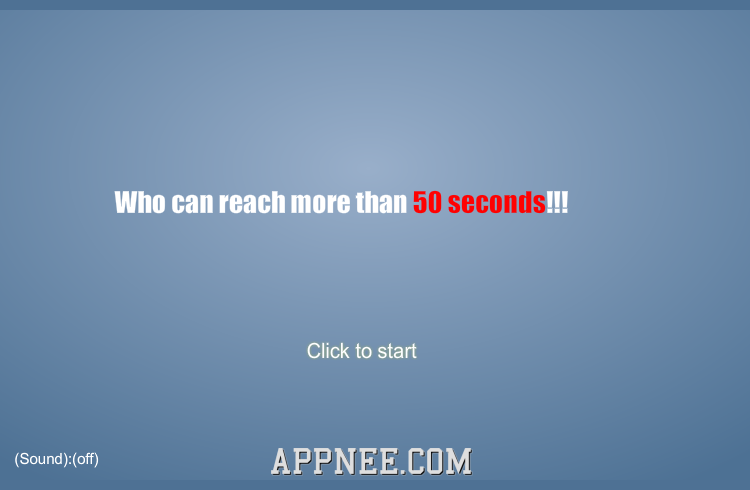 Who can reach more than 50 seconds!!! is a very classic and extremity challenge type of small game, which was released in 2010 and became popular all over the world. What it can test or train players is the reaction speed (agility) and memory ability, needs high concentration in the whole progress.

New players who can insist to 18 seconds are freaking awesome. Yet you will notice the movement locus of blocks is fixed, so surpassing 18 seconds will be not too difficult after many times of try, but it’s still almost impossible to break through 50 seconds. It’s said that this game was unexpectedly used to train pilots by the military, and they must meet the breakthrough of 2 minutes! I just can’t believe this. BTW, the movement of blue block speeds up once every 10 seconds, the faster the harder to play. Anyway, the breakthrough point lies in the memory of each block’s movement path in the repeated attempts.