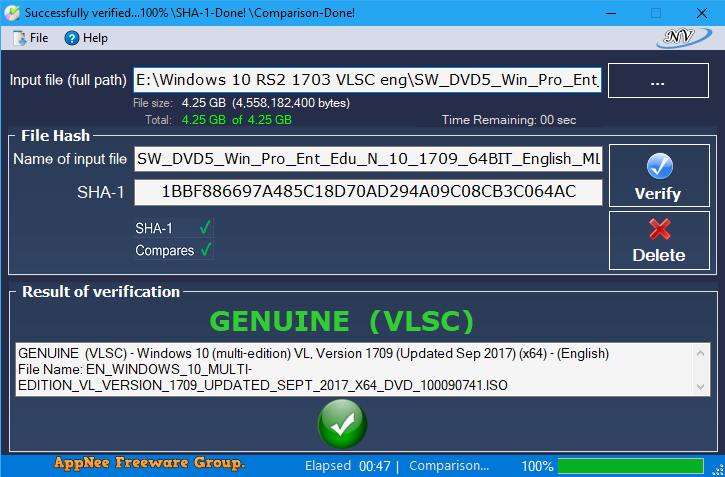 Ensure that the operating system we are using is an untouched, official version is the starting point for any Windows users to ensure their computer security. If your Windows was tampered, then all defensive measures would be unreliable and even unavailing. Hence, before installing a Windows ISO file downloaded from the Internet, you’d better use some special tools to verify its authenticity.

Windows and Office Genuine ISO Verifier is a small and handy freeware developed by Nebojša Vučinić from Bosnia and Herzegovina. Its name has already clearly explained its utility. It enables you to verify whether your Windows/Office image file copies (can be any language or version, 32-bit or 64-bit, ISO or EXE format) are genuine from Microsoft official channels (such as: MSDN = Microsoft Developer Network, VLSC = Volume Licensing Service Center, etc.) or not, in a simple and intuitive way. Its working principle is: reads your Windows/Office image file’s hash value, then compares it with the official hash value – performing a quick SHA-1 and MD5 verification.

With Windows and Office Genuine ISO Verifier in hand, next time when you need to reinstall Windows or Office, you can verify whether the setup file you have is genuine or not, so as to ensure that your Windows system is clean and safe at its very start. 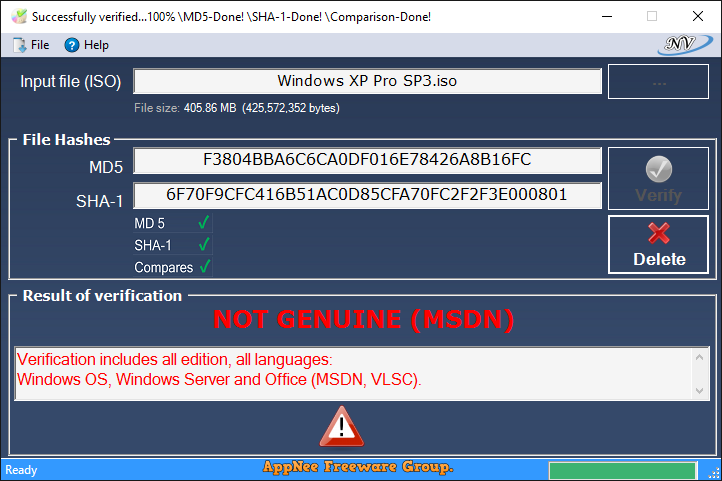