As a matter of fact, many computer users even haven’t heard of Windows 95. As an important and very classic version of Microsoft’s early Windows, Windows 95 carried a lot of historical tasks of Microsoft – especially established Microsoft’s overlord status in the operating system field. If you now want to smoothly experience, run Windows 95 on Windows, Mac and Linux platforms, in addition to the most commonly used virtual machine solution that requires high-configuration hardware, consumes a lot of system resources, and is difficult to install older versions of Windows, we can also install and run Windows 95 natively with windows95 like using some software (because it is not authorized by Microsoft, it is labeled as “for educational purposes only”). 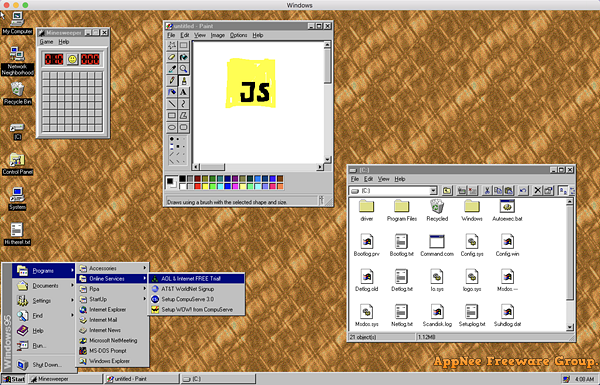 Technology is developing rapidly, and the desktop operating system is constantly updating and upgrading. As one of the most successful operating systems of all time, Windows 95 had achieved great improvements in user interface and functionality on the basis of Windows 3.x, ending the desktop operating system war and making great contributions for the development of Microsoft Windows. In short, from the amazing feeling that was originally made to us, to the classic impression it left to us today, we can now go over Windows 95 again on modern OS with help of windows95.