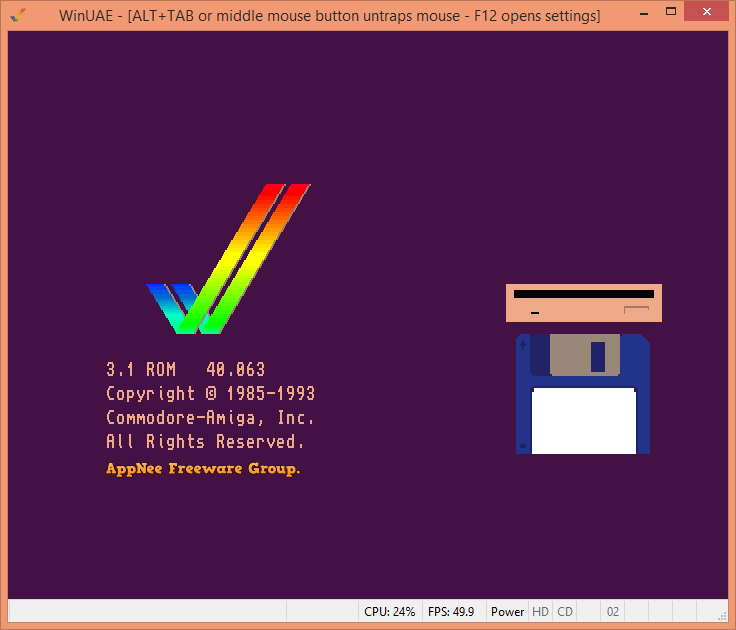 As a simulator of the very excellent and popular old computer Commodore Amiga in the 80’s, WinUAE enables us to run the Amiga OS and its classic games, apps under Windows with ease. It is very comprehensive and professional in functionality, and the only Amiga emulator that can kept up to date. It is capable of emulating the BIOS, CDTV, and supports for working with internal static SRAM memory, CD controller, and more.

Through WinUAE, we are able to smoothly run any type/version of Amiga computer OS and its games, programs you would like to experience on Windows OS, and it allows to adjust various software/hardware parameters as need. However, if it was not necessary to do this, you can just direct start to use it without any adjustment. In addition, its clear user interface and simple operation allow user to easily complete the setting of these parameters. 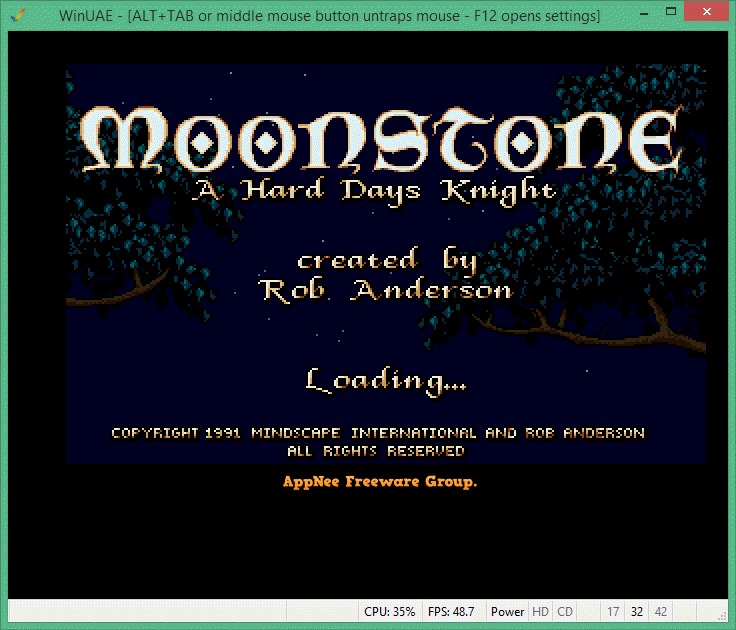 Do as follows, or you may see the WinUAE messages as below:

*** Amiga Kickstart ROMs (i.e.: System ROMs, equivalent to the BIOS files of game emulators) are required in order to boot any Amiga computer.

*** Floppy drives is equivalent to the game ROM files for game emulators. For the game with multiple disks, you should select them all (up to 4 disks) for DF0 ~ DF4.