XOIC is another foolproof DoS/DDoS attack launching tool (euphemistically called server stress testing tool) for Windows. It executes (D)DoS attacks to the target IP Address based on the port and protocol selected by user. Its developer claims that XOIC is more powerful than LOIC in many ways.

Compared with the multi-platform and open-source LOIC, XOIC has an additional ICMP Flood in the attack mode. Although both are traffic type of attack, XOIC also has a Test Mode, which can be used to test the performance of the attack launching host. XOIC provides three attack modes: The first one is called test mode, which is very basic; The second is the normal DoS attack mode; The third is the DoS attack mode with HTTP/TCP/UDP/ICMP messages.

Like LOIC, XOIC comes with an easy-to-use GUI, so a beginner can easily use this tool to perform DoS/DDoS attacks on websites or servers. In short, if you are dealing with small, traditional websites, then XOIC can be seen as an edge tool for attacking these targets.

BTW, XOIC has almost disappeared from the Internet (its Homepage also removed the downloads). Even if the so-called version 1.3 can be found anywhere else, most of them are bundled with multiple viruses (this software is actually a tiny app with only 500+ KB file size). AppNee provides two versions: v1.2 and v1.3, enjoy and cherish them! 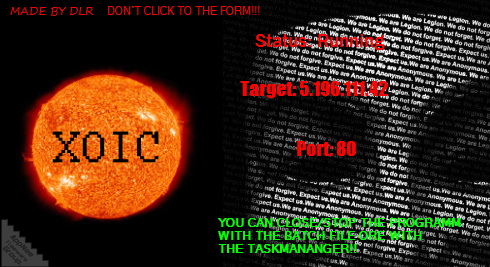