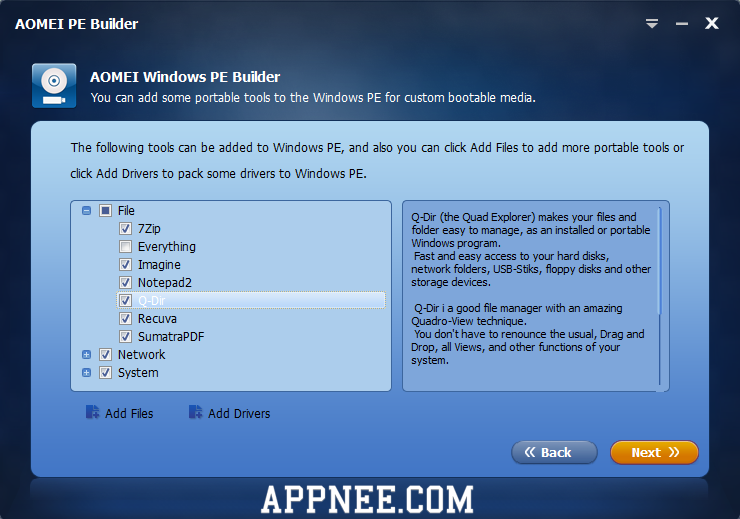 As one of the most important and effective OS maintaining tools, Windows PE had become necessary for a long time. And in many cases, it is the key to solve troublesome system boot failures. While as a matter of fact, it is hard to find a high-quality WinPE image file on the Internet (so as to burn it into a USB/DVD media for use). As a consequence, a lot of advanced computer users chose to build their own PEs.

If you don’t want to customize and build your own PE from scratch based on the Windows Assessment and Deployment Kit (Windows ADK) in accordance with the TechNet official tutorials, then as one of the efficient and easy solutions for customizing & building bootable WinPE OS, this powerful freeware AOMEI PE Builder will enable you to create personalized Windows PE more quickly with ease.

BTW, AppNee also planned to make and release all versions of Windows PEs with the most generality and practicability completely based on the full and clear installers of official Microsoft Windows ISO files. 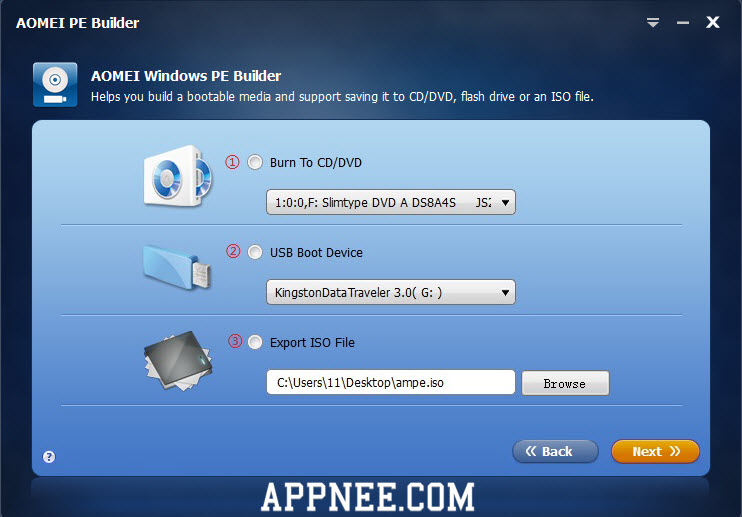