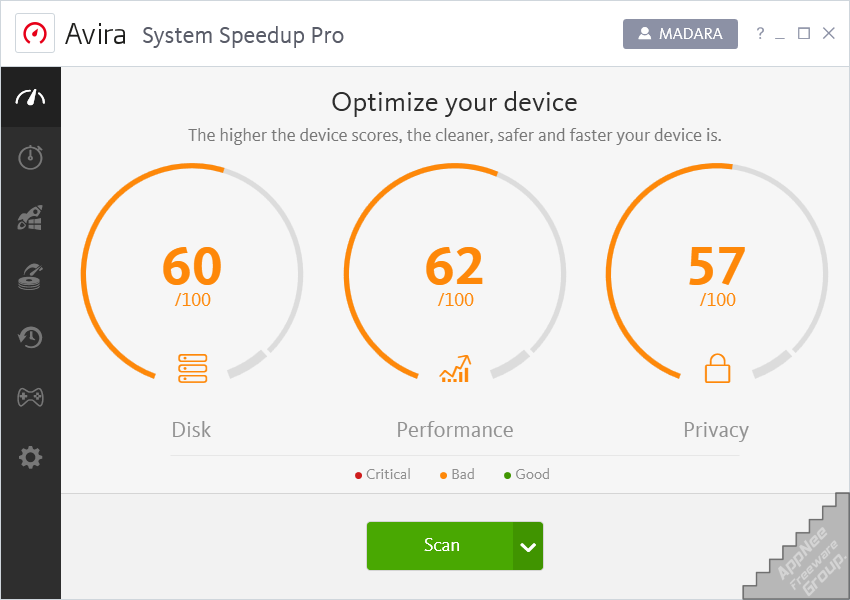 It is worth mentioning that Avira System Speedup’s ability to clean up system garbage is much more powerful than many other similar software. For example, by contrast, you may find that the cleaning actions of CCleaner (the flagship product of Avast’s subsidiary Piriform) tend to be gentle and conservative; while Avira System Speedup is more radical and thorough (i.e.: the cleanup is much cleaner and releases more disk space). The important thing is, that is equally safe. As it turns out, the vast majority of users did not encounter any system or software problems when performing system cleanup and optimization with this handy tool. *** Reboot may be required.