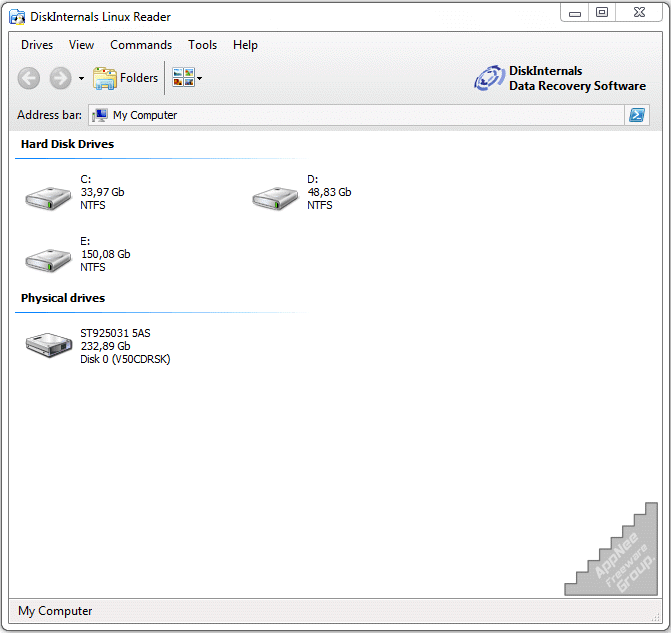 Some advanced computer users are likely to have both Windows and Linux installed on their machine. One problem you might encounter in this case is that: Linux can easily read Windows’ various file systems used for storing files (such as FAT, NTFS), but in reverse, Windows cannot directly mount, display, or read any file system of Linux. If you don’t want to ask some disk partitioning tools for help for this reason, try DiskInternals Linux Reader instead.

DiskInternals Linux Reader is a free application that helps read files directly from Linux partitions under Windows environment. It is able to directly view and extract files stored in ext2, ext3, ext4, UFS2, HFS, ReiserFS, Reiser4, and other Linux-specific file systems. In addition, this program can access other normal file systems supported by Windows, such as NTFS, FAT, exFAT, etc.

DiskInternals Linux Reader provides a clean user interface that functions like the Windows Explorer, in which you can open any drive that can be used with Linux OS and browse the contents inside. Moreover, it also allows user to mount the Rawdisk and access files on a virtual disk. Finally please note that, this tool only provides read-only access permission, which means you won’t accidentally mess up the Linux filesystem in Windows.

In short, DiskInternals Linux Reader makes it so easy to access files on the Linux file systems from Windows. Therefore, it is not only very helpful for users who have installed both Windows and Linux operating systems, but also indirectly realizes the file sharing between Windows host and Linux host in the same LAN. Even more, when you connect to an SD card that contains the Raspberry Pi system and click “Drives -> Refresh Drive List”, then you will be able to see its Linux partition and manipulate the files inside. 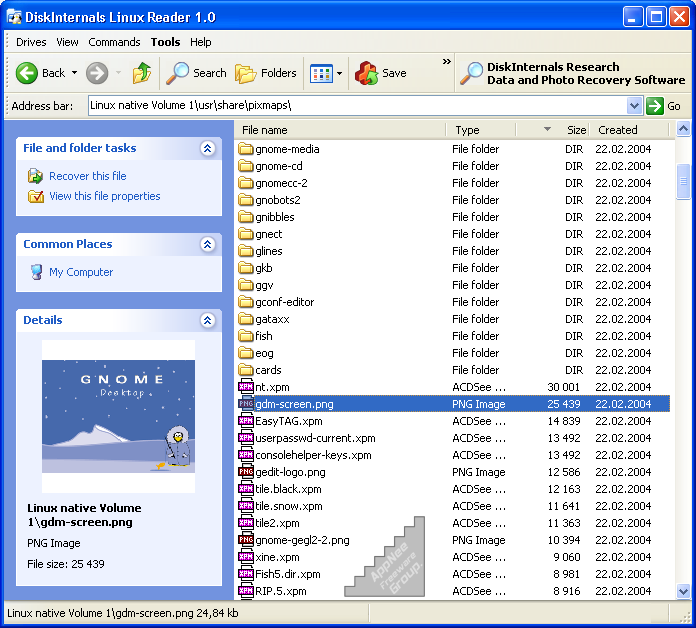