In fact, we are using Linux OS every day and everywhere, but most people don’t realize it at all. The reason is that the only area that Linux has not conquered is the desktop operating system, which most people can touch is either Windows or Mac. Even Linux has dominated the Internet of things, mobile phone and data center, it’s still considered out of the mainstream if it doesn’t succeed in the desktop OS field.

elementary OS is an Ubuntu-based, carefully polished and beautified desktop Linux distribution, which is considered to be the most beautiful Linux distro to date and the most macOS-like one. It originally started as a Ubuntu beautification theme project, and has grown into a stand-alone distribution now (i.e.: a derivative edition of Ubuntu). In appearance, elementary OS takes a lot of inspirations from the Mac OS and looks like Mac very much; But in terms of operations, elementary OS borrows a lot from Windows in order to take care of users’ operation habits.

elementary OS combines various advantages of the popular GNOME desktop environment with the Mac interface, inherits Ubuntu’s user friendliness, refines Ubuntu (repainted the interface, and optimized a large number of system components, thus providing a significant user experience optimization), and deeply integrates with other applications of elementary OS. Even better, it has excellent performance, and runs well with almost no hardware compatibility issues. Whether it’s booting up the system, running software, or running on an older computer, it always gives users a very smooth usage experience.

As a Linux distribution with designer-led development, also a fast, open-source Windows/macOS alternative solution, elementary OS is similar to Mac OS in style (Panel + Dock), and uses the application menu design of Chrome OS. While the core of system is still Ubuntu, so it’s fully compatible with all the repositories and packages of Ubuntu, and uses its own application center to handle software installation and uninstallation. As a result, you can see a combination of Mac OS + Chrome OS + Ubuntu + GNOME Shell in elementary OS. Some people even spoke highly of elementary OS as the best hope for Linux to come into popularity. 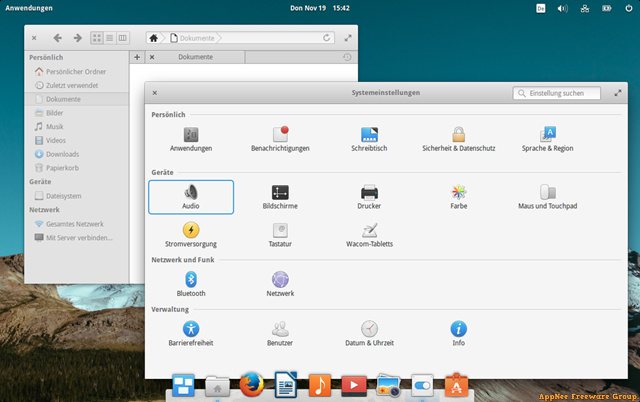